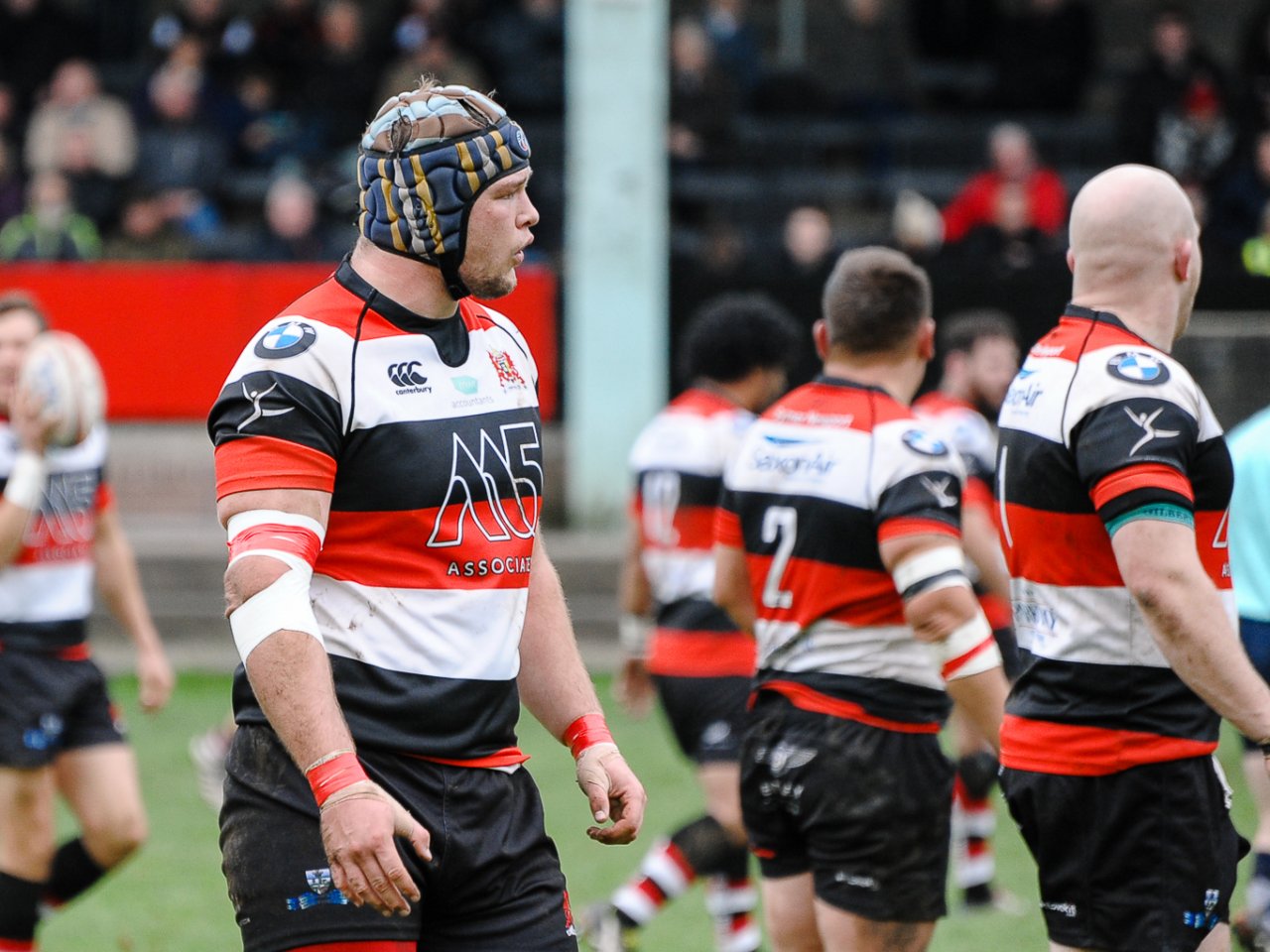 Pontypool made it 10 wins in 10 matches with a 10-try demolition of Cardiff Met at a damp Pontypool Park in an early kick-off game in the WRU National Championship, due to the Wales v Argentina match at the Principality Stadium kicking off at 5.30pm, writes Ray Ruddick. The students were no match for Pooler who bagged the try bonus point before the interval.

Cardiff Met kicked off attacking the scoreboard end of the ground. In the eighth minute the students were dispossessed on their 10-metre line, home flanker Cameron Watson-Boycott made a break up the left flank, drew his man, offloaded to Rhodri Usher and the left wing sprinted 20 metres to score an unconverted try in the corner (5-0). Half way through the first period, Pontypool were putting their visitors under pressure in the students’ 22 and, after several forward drives, second row Ben Egan, making his league debut, scored a try to the left of the posts, converted by Matthew Jones (12-0).

After 27 minutes Pooler were in Cardiff Met’s 22 and the dominant Pooler pack drove towards the students’ line with young tight head prop Ollie Drake scoring a try to the right of the posts, which Matthew Jones converted (19-0). Seven minutes later the home side won a lineout on their opponents’ 10-metre line, the ball reached Rhodri Usher, who came into the line from his wing to make the extra man. He offloaded to full back Tom Hancock who, in turn, put right wing Josh Hurley clear to score the bonus-point try wide out. Matthew Jones kicked a fine conversion (26-0). At the end of the first half, Pooler were penalised just inside their half, 15 metres in from Met’s right touchline but the attempt at goal fell short. Half time score Pontypool 26 Cardiff Met 0.

One minute into the second half Pooler No 8 Ben Sparks finished off a lovely movement which started near the half way line. Centre Sione Tu’ipulotu passed to Sparks who then offloaded to Rhodiri Usher. Sparks then looped around and took the return pass and the back rower ran in near the posts. Matthew Jones added the extras (33-0). On 55 minutes Rob Nash made way for Jordan Williams in Pooler’s back row. A minute later Pooler scored through Ben Sparks again after another passing movement which started on the students’ 10-metre line with hooker Jamie Jeune, Sparks and Usher handling the ball before Sparks rounded off the move with a try near the left corner. Matthew Jones slotted a good conversion (40-0).

Just before the hour mark Ollie Drake was replaced by Alex Watkins in the home front row as the scrums went to uncontested for the third consecutive game, which frustrated the Pooler eight as they were dominant in this area once again. However, soon after Jamie Jeune picked up from a ruck inside the visitors’ 22 and he passed to captain-for-the-day Aaron Coundley and the loose head prop crossed for a try near the posts. Matthew Jones converted (47-0). In the 63rd minute Pooler made a couple of changes as Matthew Jones was replaced by Kieran Meek, who went to full back and Tom Hancock to outside half, and Matthew Thomas replaced Richard East in the second row. A minute later some good work by Pontypool took play into the visitors’ 22. The ball reached Tom Hancock who chipped towards the left corner and Ben Sparks gathered and scored his hat trick. This score was improved by Tom Hancock (54-0).

With 10 minutes remaining, Aaron Coundley was replaced by Tomas Sparey. From a scrum on Met’s 10-metre line, play went left and centre Marc Thorley made a break putting Rhodri Usher in for a try near the posts which Tom Hancock converted (61-0). In the 78th minute Cardiff Met were awarded a penalty for offside near Pooler’s 22. They kicked for the left corner and won the resulting lineout. The forwards drove towards the home line and flanker and captain Rory Cramp crossed for an unconverted try to give the students a consolation score. (61-5). Just before the final whistle, Pooler were again on the attack in their opponents’ 22. Rhodri Usher took the ball on the burst and crashed over for his hat trick, converted by Tom Hancock. Final score Pontypool 68 Cardiff Met 5.

Pontypool should be pleased with their performance as they played some attractive rugby, giving the ball some width as well as dominating up front. Pooler’s next match will be on Saturday 26 November 2016 when they visit the Memorial Ground in Ely to take on Glamorgan Wanderers. Once again the kick-off will be at 12.30pm as there is a 5.30pm kick-off for the Wales v South Africa match at the Principality Stadium.