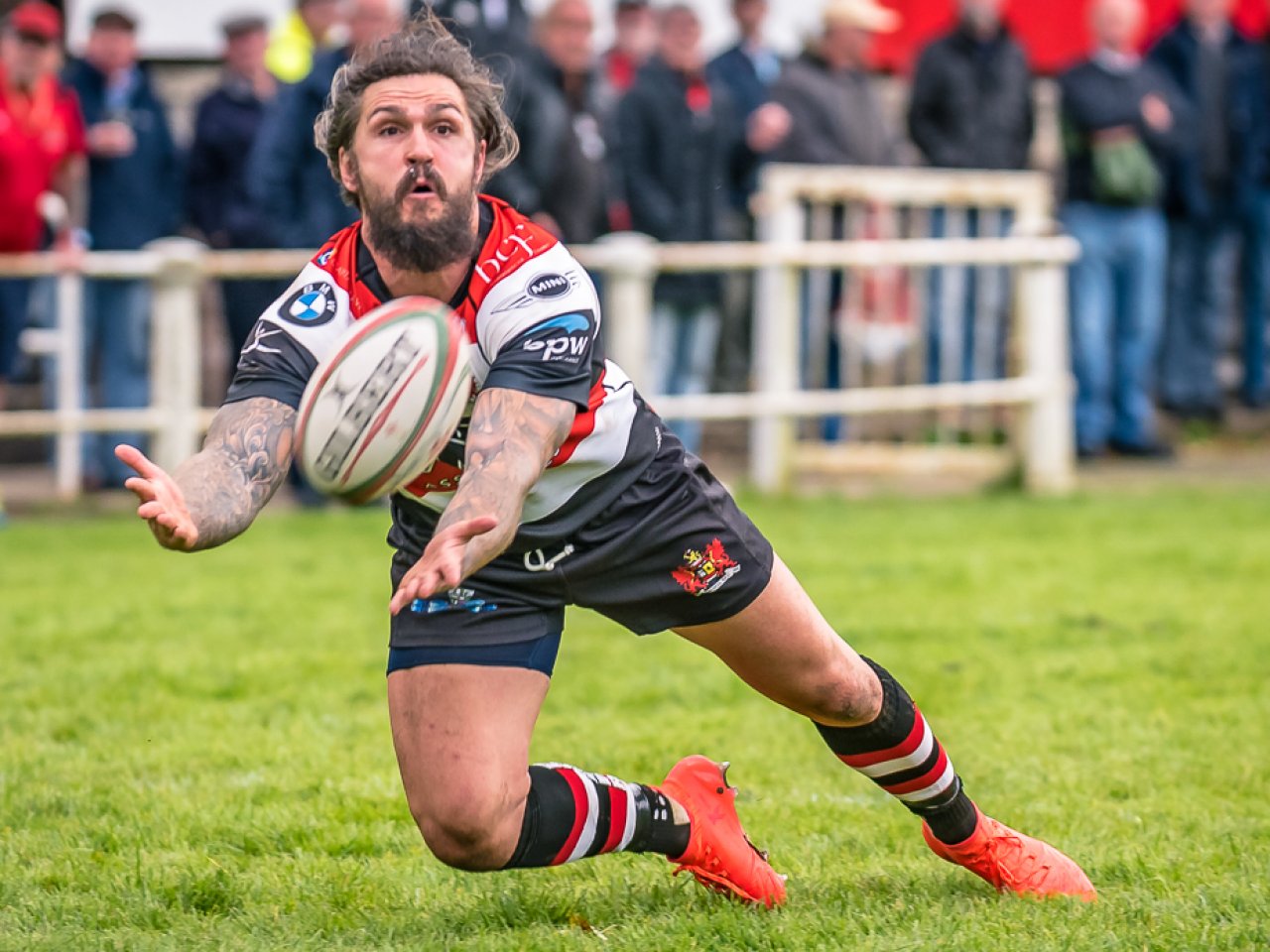 Pontypool put the disappointment of going out of the WRU National Cup at Merthyr on Tuesday behind them as they impressed in an entertaining game against Cardiff Met at Cyncoed on Saturday, scored 8 tries and secured the win to retain the WRU National Championship title, with five matches still to play, writes Ray Ruddick.

Cardiff Met kicked off attacking the scoreboard end of the ground. In the fifth minute Pooler’s full back Ethan Davies and captain Rob Nash each made breaks and took play to just outside the home 22. The ball then reached outside half Matthew Jones who chipped through and centre Clayton Gullis won the race to the touchdown. Matthew Jones converted (7-0). Seven minutes later Pontypool recycled ball outside Met’s 22 and went out to centre Kieran Meek who chipped ahead for right wing Owen Williams to gather and score in the corner. Matthew Jones again converted (14-0).

In the 39th minute Pontypool were awarded a penalty deep inside the students’ 22. The visitors kicked for the left corner and from the ensuing driving lineout, loose head prop Aaron Coundley scored an unconverted try 15 metres in from the corner. Half time Cardiff Metropolitan University 0 Pontypool 19.

At the start of the second period Pontypool made a couple of changes - Brendan Lampitt replaced second row Rhodri Jones, with Lampitt going to No 8 and Jordan Williams moving up to the second row, and Ethan Davies made way for Joel Mahoney. In the 49th minute home hooker Corey Lewis was yellow-carded for a side entry in a ruck inside Met’s 22. Pontypool then kicked for the left corner and from the driving lineout hooker Lewis Ball crossed for Pooler’s bonus-point try with Matthew Jones adding the extras (26-0). Three minutes later Pontypool were on the attack again and replacement forward Brendan Lampitt showed his footballing skills when he chipped ahead and Kieran Meek eventually touched down just before the dead ball line. Matthew Jones again converted (33-0).

Shortly after, the scrums went uncontested. Craig Price then replaced tight head prop Ollie Drake. In the 57th minute good hands by backs and forwards put right wing Jordan Thomas (he switched to the right and Owen Williams to the left wing in the second half) in the clear and he ran behind the posts for a try which was easily converted by Matthew Jones (40-0). Pooler scrum half Aaron Quick was replaced by Martin Luckwell then Aaron Coundley made way for Ben Parry in Pontypool’s front row.

With a quarter-of-an-hour to go Cardiff Met was awarded a penalty just outside the visitors’ 22.The home side kicked for the right corner and replacement Charles Geary scored an unconverted try in the corner (40-5). Three minutes later Pooler’s powerful forward drive took play into Met’s 22. Martin Luckwell took the ball from the maul, looked up and space opened up for him to stroll over the goal line for a try under the posts. Matthew Jones duly converted (47-5). On 70 minutes Joel Mahoney took the ball at pace near the half way line and his powerful run of 50 metres took him over the goal line to score a try 10 metres in from the right corner. Matthew Jones added another two points with a good conversion (54-5). With three minutes left on the clock the students made a good break which took play into Pooler’s 22 and right wing Rhys Gealy scored the final try of the afternoon. The conversion failed. Final score – Cardiff Metropolitan University 10 Pontypool 54.

The impressive reading of Pontypool’s league results for last season and this so far is played 39, won 38, drawn 0, lost 1, points for 1499, points against 462, tries for 219, tries against 53, bonus points 29, league points 181. Many congratulations to everyone connected with Pontypool RFC for retaining the league title and for another outstanding season.

Pooler’s next league game will be on Easter Saturday 30 March when they travel the short distance to the Welfare Ground for a local derby with traditional rivals and near neighbours Newbridge. Pontypool’s last home game of the season will be on Saturday 7 April when Newcastle Emlyn make the long journey to Pontypool Park. Both matches kick-off at 2.30pm.