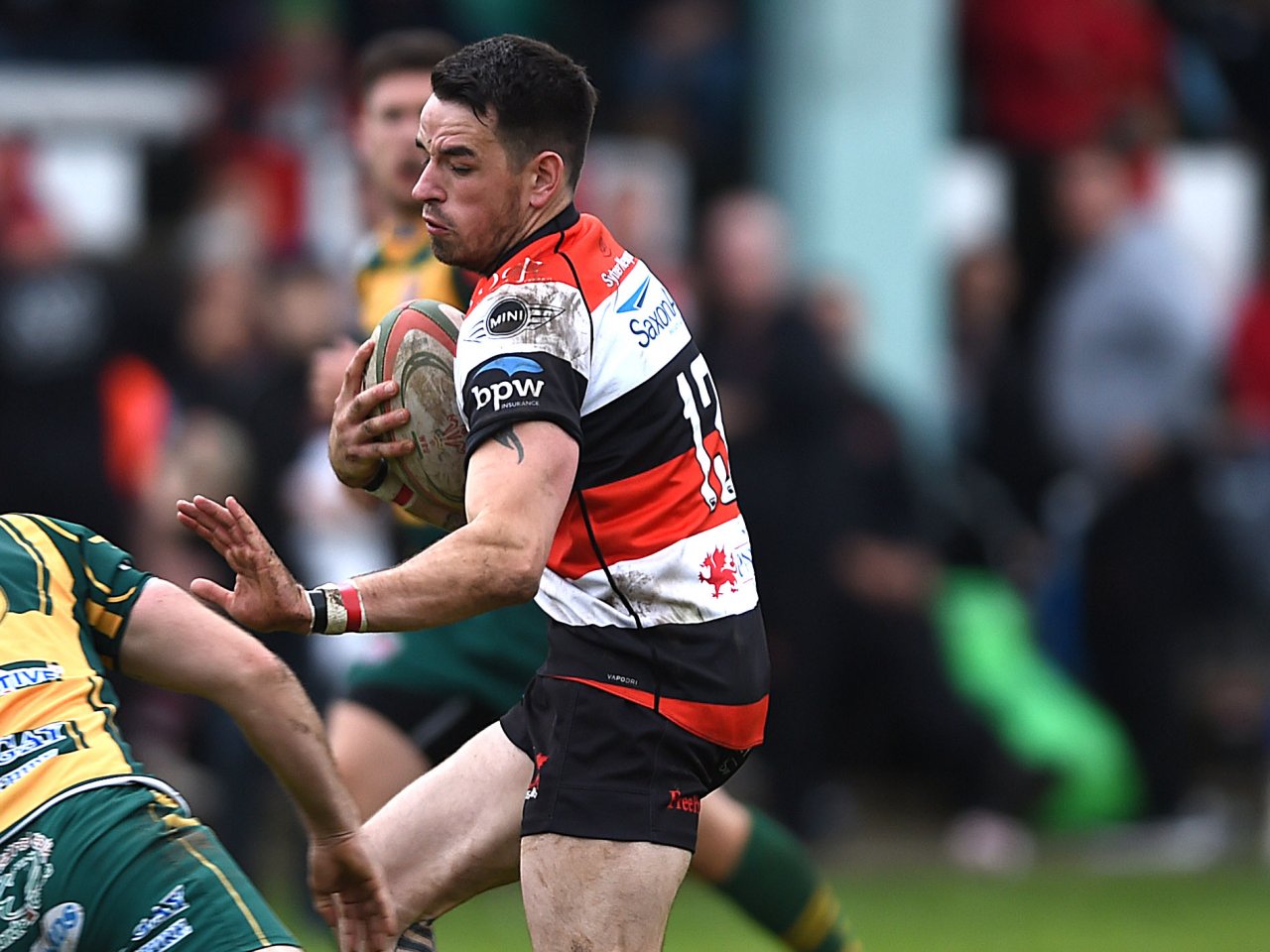 Impressive Pooler through to WRU Cup second round

Pontypool took a break from league action on Saturday when they welcomed Tata Steel to Pontypool Park in the first round of the WRU National Cup, writes Ray Ruddick. Pooler played some attractive rugby and scored several lovely tries as they eased past The Saints to book their place in the next round.

Tata Steel kicked off playing towards the scoreboard end of the ground on a cold but fine afternoon, on a heavy pitch. In the 10th minute Pooler were putting Tata under pressure inside the visitors’ 22. Pontypool were awarded a scrum near the Tata goal line and the powerful Pooler pack drove their opponents back and No 8 Jordan Williams scored an unconverted try to the left of the posts (5-0). Six minutes later Pooler second row Ben Egan left the field with a leg injury and was replaced by Curtis Gregory.

In the 24th minute Tata were on the attack inside Pooler’s 22 and after several forward drives, hooker Jordan Hawkins scored a try near the posts and outside half Callum Bricknell converted to put the visitors in front (5-7). However, their lead was only short-lived as two minutes later The Saints conceded a penalty in front of their posts and home outside half Matthew Jones slotted the relatively easy kick at goal to put Pontypool back into the lead (8-7). On the half-hour mark Pooler tight head prop Ryan Harford limped off and was replaced by Ollie Drake. With about 5 minutes to go to the break, Pontypool were awarded a penalty on Tata’s 22. They kicked for the left corner and from the ensuing lineout, the Pooler pack drove, then the ball was taken on by Mike Herbert who was tackled just short of the goal line. The ball was recycled and moved right for centre Clayton Gullis to cross for a try top the right to the posts which Matthew Jones converted (15-7). In the third minute of injury time Jordan Thomas made a lovely break coming infield from his right wing, which took play into Tata’s 22. He managed to get his pass to Kieran Meek in support and the centre scored a well-worked try under the posts, the best try of the game, converted by Matthew Jones. Half time score – Pontypool 22 Tata Steel 7.

In the fifth minute of the second half Kieran Meek made a great inside break in midfield which broke the Tata defence. He offloaded to his fellow centre Clayton Gullis who handed off an opponent on his way to scoring his second try of the afternoon near the posts. Matthew Jones added the extras (29-7). Seven minutes later Jordan Thomas was put in the clear on the right wing but was brought down about 10 metres short of the Tata goal line. The ball was recycled and loose head prop Aaron Coundley barged his way over for a try to the right of the posts, converted by Matthew Jones ((36-7). Then Ben Sparks made a welcome return to the Pontypool team from a long lay-off due to injury as he replaced No 8 Jordan Williams. In the 57th minute a Tata defender failed to gather the ball near his goal line and fumbled the ball into touch. The Pooler players were switched on and took a very quick throw-in and Kieran Meek grabbed his second try of the afternoon, scoring wide out on the left. The conversion failed (41-7). Pontypool then made a couple more changes with Callum Davies replacing Mike Herbert in the back row and Martin Luckwell made way for Aaron Quick at scrum half. Shortly after Lewis Ball replaced Aaron Coundley with Ball going to hooker and Jamie Jeune moving over to loose head prop.

With about 15 minutes left on the clock Tata was awarded a penalty near Pooler’s 22. They kicked for the left corner and threw long at the lineout and scrum half Jakob Williams scored a try to the left of the posts which full back Lloyd Bradley improved (41-14). In the 69th minute Joel Mahoney replaced Kieran Meek and a couple of minutes later Craig Price came on for his club debut taking over from Ollie Drake at tight head prop. Six minutes from time Pooler had a scrum 15 metres from the Tata goal line in front of the posts. The scrum wheeled, Aaron Quick picked up and darted over for a try under the sticks. Matthew Jones slotted the conversion (48-14). In the 82nd minute, the final try of the game was scored by Jamie Jeune following a forward drive, converted by Matthew Jones. Final score – Pontypool 55 Tata Steel 14.

Pooler progress to the second round of the competition along with Aberavon, Bargoed, Bedwas, Bridgend, Cardiff, Cross Keys, Ebbw Vale, Llanelli, Merthyr, Newport and Rhydyfelin who all won their first round ties and Beddau, Bedlinog, Carmarthen Quins and Llandovery who had byes. Second round matches are scheduled for Saturday 27 January 2018.

Next Saturday Pooler return to WRU National Championship matters with the visit of Bedlinog to Pontypool Park. The following Saturday 20 January Pontypool make the long journey west to the Lewis-Lloyd Ground to take on Narberth in a mouth-watering top-of-the-table clash as second meet first. Both matches kick off at 2.30pm.