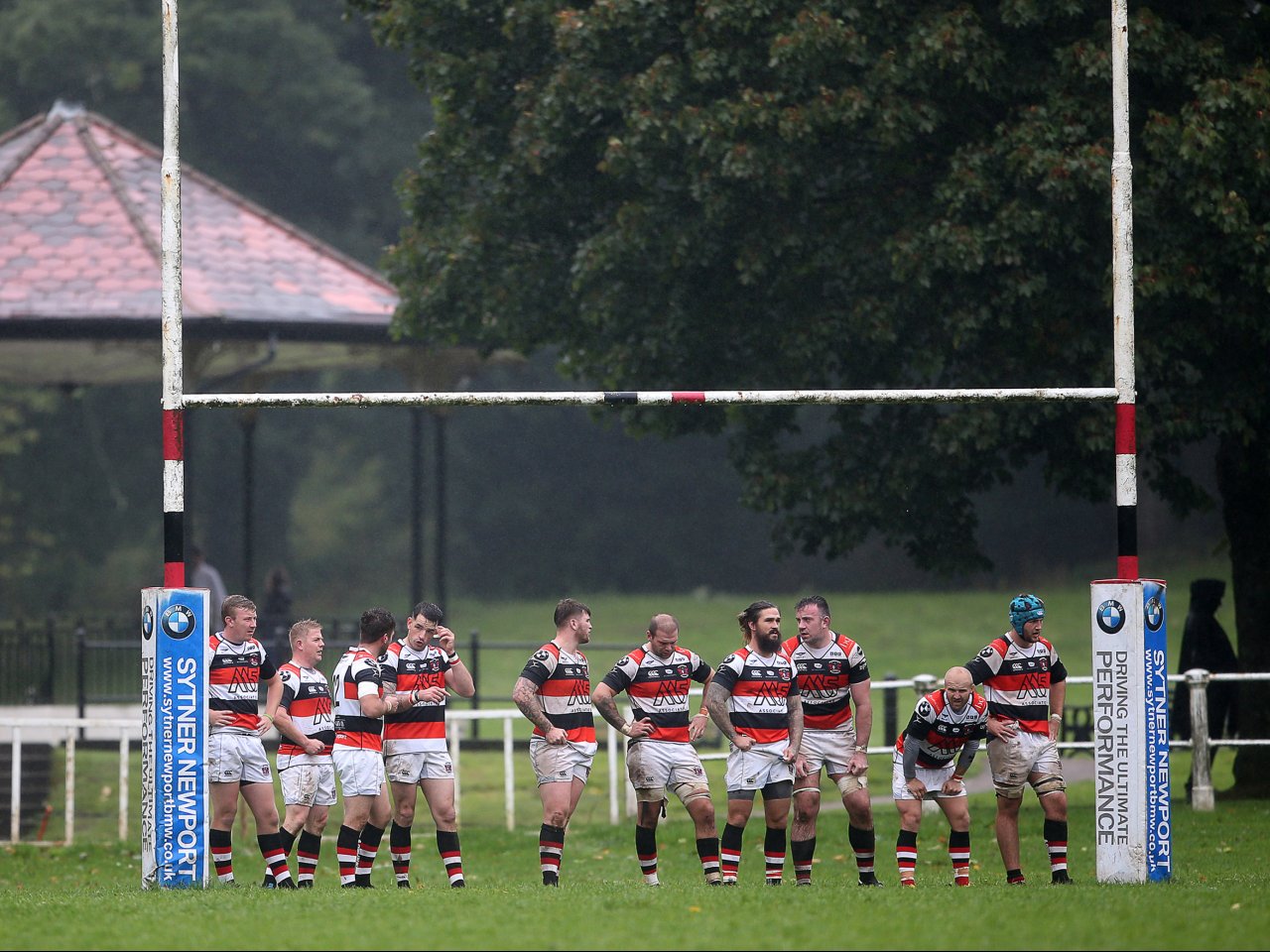 Pooler prove too strong for Newbridge in 10-try local derby

This was the 142nd meeting of these traditional rivals dating back to 1911 and, probably like all of the previous matches, this game was a typical clash of these near neighbours going toe-to-toe to gain local bragging rights, writes Ray Ruddick.This WRU National Championship game, which took place at Pontypool Park, was played in very wet conditions with heavy rain failing throughout the match making the ball difficult to handle.

Pontypool centre Kieran Meek, who made his 50th league and cup appearance for the club in the away win over Beddau last week, had the honour of leading the team out with his son Kaylun, and with dad and grandad Nigel, the former Pontypool and Wales hooker looking on, it was a proud moment for the Meek family.

Pontypool kicked off playing towards the scoreboard.In the 9th minute, after a period of pressure inside Newbridge’s 22, Pooler opened the scoring with a try by No 8 Brendan Lampitt who drove over from close range to the right of the posts.The conversion failed (5-0).Ten minutes later Pooler were caught offside inside their 22 in front of the posts and visiting centre Eamonn Resse kicked the goal (5-3).In the 25th minute a relieving kick by Newbridge from inside their 22 failed to find touch.Pooler left wing Jordan Thomas gathered the ball at his second attempt and went on a 40-metre run beating several defenders, passed out to the supporting Aaron Coundley and the loose head prop dived over in the corner for a try.Outside half Matthew Jones kicked a fine conversion (12-3).

In the 35th minute Pontypool were awarded a penalty near the visitors’ 22.They kicked for the right corner and, from the driving lineout, Newbridge collapsed the maul and the referee, Rhys Jones, had no hesitation but to run between the posts for a penalty try (19-3).However back came Newbridge and scored a try soon after in the right corner by right wing Lewis Hudd after a defensive error by the home side (19-8).Then, going into injury time at the end of the first period, Newbridge scrum half Matthew Davies was yellow carded for an infringement at a ruck near the visitors’ posts.In the third minute of injury time, more Pooler pressure was rewarded with the bonus-point try by flanker Craig Attwell, 15 metres in from the left corner.Matthew Jones added the extras (26-8).A minute later both hookers, Pooler’s Alex Watkins and Stuart Vokes of Newbridge were sent to the sin bin after an altercation in front of the stand.Half time score Pontypool 26 Newbridge 8.

At the start of the second period Rob Nash replaced Craig Attwell in Pooler’s back row.In the fourth minute of the second half Newbridge were penalised for handling in a ruck 25 metres from their goal line, slightly to the left of the posts and Matthew Jones slotted his shot at goal (29-8).Then Cameron Watson-Boycott was temporary replaced by Andrew Brown, the former Newport hooker and captain, to cover the front row due to the enforced absence of the number two.In the 54th minute Pooler engineered a powerful driving maul which travelled a full 20 metres and tight head prop Craig Price scored a try 15 metres in from the left corner.Once again Matthew Jones converted (36-8).

Just before the hour mark Rob Nash was yellow carded for tripping an opponent.Then Pooler made a couple of changes - Craig Price was replaced by Ollie Drake and Matthew Jones made way for Joel Mahoney with Kieran Meek moving to outside half and Mahoney slotted in the centre.In the 65th minute Pooler’s driving maul came to the fore again with second row Danny Hodge crossing for an unconverted try on the right (41-8).Three minutes later Pontypool made their last two replacements when Brendan Lampitt was replaced by Andrew Brown who went to flanker and scrum half Martin Luckwell made way for Tomas Bainton.Half an hour of the second half had gone when Rob Nash was the beneficiary from another powerful driving maul when he scored a try to the left of the posts.The conversion failed (46-8).

With just over 5 minutes of normal time to go, Newbridge took advantage of a Pontypool mistake in midfield when No 8 Andrew Hughes galloped 30 metres to score to the right of the posts.The conversion was missed.A minute into stoppage time Newbridge scored their third try of the afternoon as the ball went left and left wing Josh Congreve scored an unconverted try to the left of the posts (46-18).In the 86th minute Pooler centre Clayton Gullis was sin binned for a deliberate knock on deep inside the home 22.Final score – Pontypool 46 Newbridge 18.

Considering the conditions, both teams contributed to a good game with Pontypool adapting to the wet weather better than their visitors and the home forwards were too powerful for the Newbridge eight.Newbridge, to their credit, came back strongly towards the end of the game and almost got their try bonus point but good defending by their hosts left ‘Bridge with just three tries and nothing to show for a plucky performance.For Pontypool, it was a good victory and they are improving with every game, however poor discipline is an issue the coaches will need to address.Next Saturday Pooler will be on the road when they travel to Rhydyfelin.The following Saturday (6 October) Pontypool welcome Narberth to Pontypool Park in a mouth-watering, top-of-the-table clash.Both games kick-off at 2.30pm.