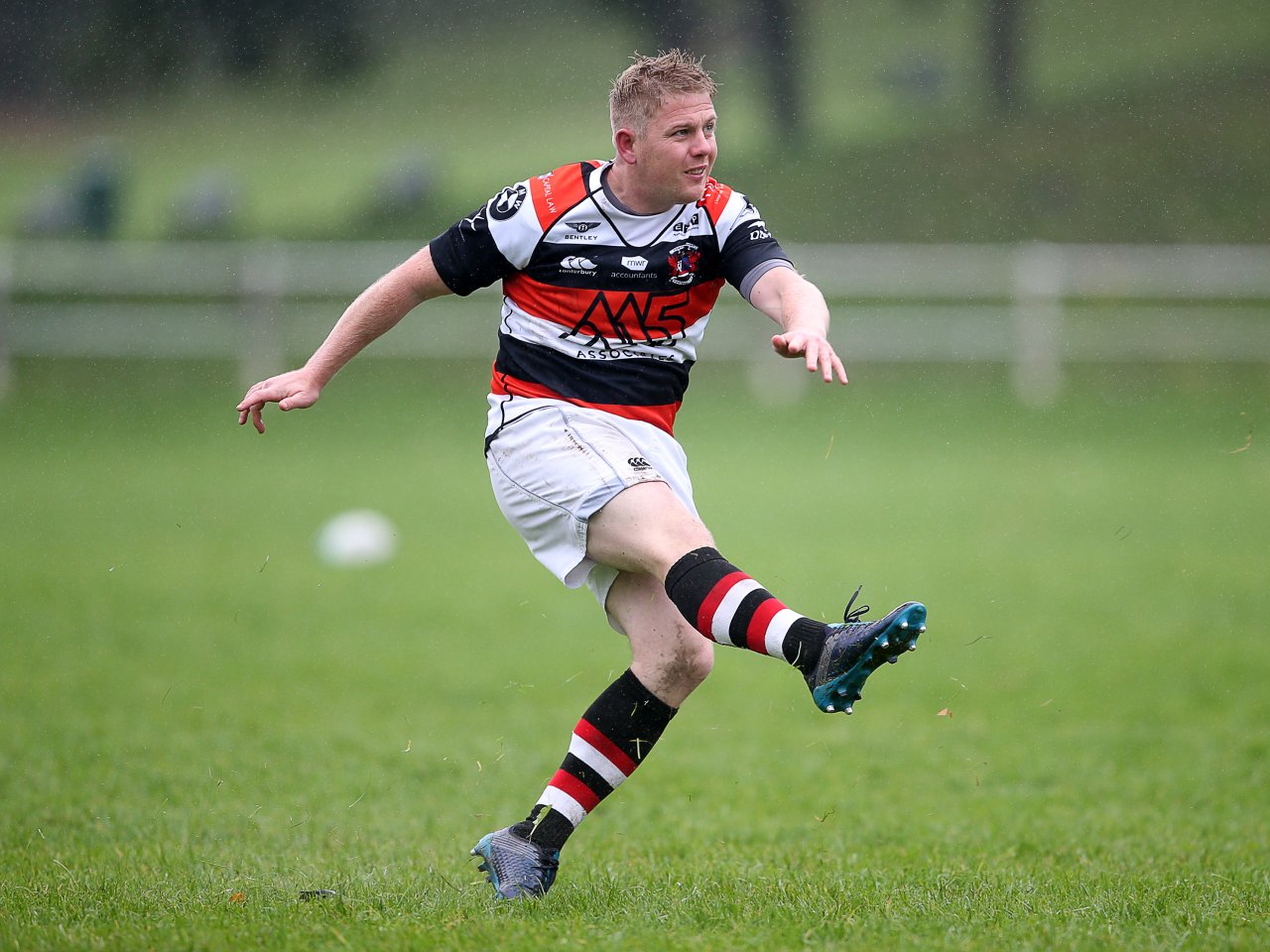 Another bonus-point win puts Pooler top of the table

Pontypool maintained their unbeaten start to the league season with a hard-fought 31-17 success against Rhydyfelin at the Recreation Ground on a dry and sunny autumn afternoon, writes Ray Ruddick. With Cardiff Met winning 39-27 at Tata Steel, but failing to pick up a bonus point, Pooler’s try-bonus win takes them to the top of the WRU National Championship table for the first time this season.

Tight head prop Ollie Drake led the Pooler side onto the field, celebrating his 50th league and cup game for the club. Rhydyfelin kicked off attacking the leisure centre end of the ground. In the first minute Pooler won turnover ball on their 10-metre line. Good hands by both forwards and backs including a skilful pass by Matthew Jones created an unconverted try by second row Danny Hodge (5-0). Then, three minutes later the visitors were on the attack again inside the home 22. The ball went right and outside half Kieran Meek jinked his way over for a try to the right of the posts. The conversion failed (10-0).

Just after the mid-point of the first period, home centre Luke Waygood was yellow carded near the home 22 for taking a player out. On the half hour mark Pooler were putting their hosts under pressure in Rhydyfelin’s 22. Pontypool right wing Marc Thorley put in a crunching tackle which dislodged the ball and centre Clayton Gullis gathered the loose ball and ran round under the posts for a try which was converted by Kieran Meek (17-0). Back came Rhydyfelin when, in the 37th minute, they scored a good try through right wing Gavin Close after an impressive build-up. The conversion was missed (17-5).

In the third minute of injury time, Pontypool’s left wing Jordan Thomas took a good catch from a high relieving kick near half way and his run took play into the home 22. The ball eventually reached Aaron Coundley and the loose head prop put in a neat side-step, before scoring Pooler’s bonus-point try under the posts. The relatively easy conversion was slotted by Matthew Jones. Half time – Rhydyfelin 5 Pontypool 24.

10 minutes into the second period, Pontypool were awarded a penalty for a high tackle inside the home 22. Pooler kicked for the left corner and, from the driving lineout, hooker Alex Watkins scored a try, 10 metres in from the corner. Matthew Jones added the extras (31-5). Just before the hour, Rhydyfelin’s left wing Chris Tottle was sin-binned for a high tackle in midfield. Ben Sparks then replaced Curtis Gregory in the pack for Pontypool. In the 62nd minute Rhydyfelin tested the Pooler defence and hooker Scott Pritchard scored a try for the home side wide out on the left. The conversion was kicked by full back David Gratton (31-12).

In the 65th minute Pooler made changes as Ollie Drake made way for Craig Price and, making a welcome return from injury, Aaron Quick replaced Martin Luckwell at scrum half. A little later Pooler’s Clayton Gullis, who took an earlier knock, left the field and Joel Mahoney slotted into the centre position for the visitors. Ben Parry also came onto the field in place of Aaron Coundley in the Pooler front row, with starting hooker Alex Watkins going to loose head prop and Ben Parry went in the middle of the front row.

With five minutes plus injury time to play, Pooler replacement Ben Sparks was shown yellow for not releasing inside Pooler’s 22 on Rhydyfelin’s right. Four minutes into injury time visiting second row Danny Hodge also saw yellow following a maul inside Pontypool’s 22. Then, in the 86th minute and last play of the game, the home side scored their third try of the afternoon in the right corner by replacement Connor Farrer, despite some inaccurate passing. Final score – Rhydyfelin 17 Pontypool 31.

It was a solid performance by Pooler but discipline continues to be a concern. There were glimpses of what they can do, but they also switched off which let Rhydyfelin back in the game with two deserved late tries. However, Pontypool prevailed to notch up victory number five for this campaign and an impressive 30th consecutive league win.

Pontypool now look forward to Saturday when they welcome Narberth to Pontypool Park for an eagerly-anticipated top-of-the-table clash. Then the following two Saturdays, Pooler will be on the road. On 13 October they travel to Bedlinog and seven days later they make to long trip west, to picturesque Dol Wiber to take on Newcaslte Emlyn. All games kick-off at 2.30pm.