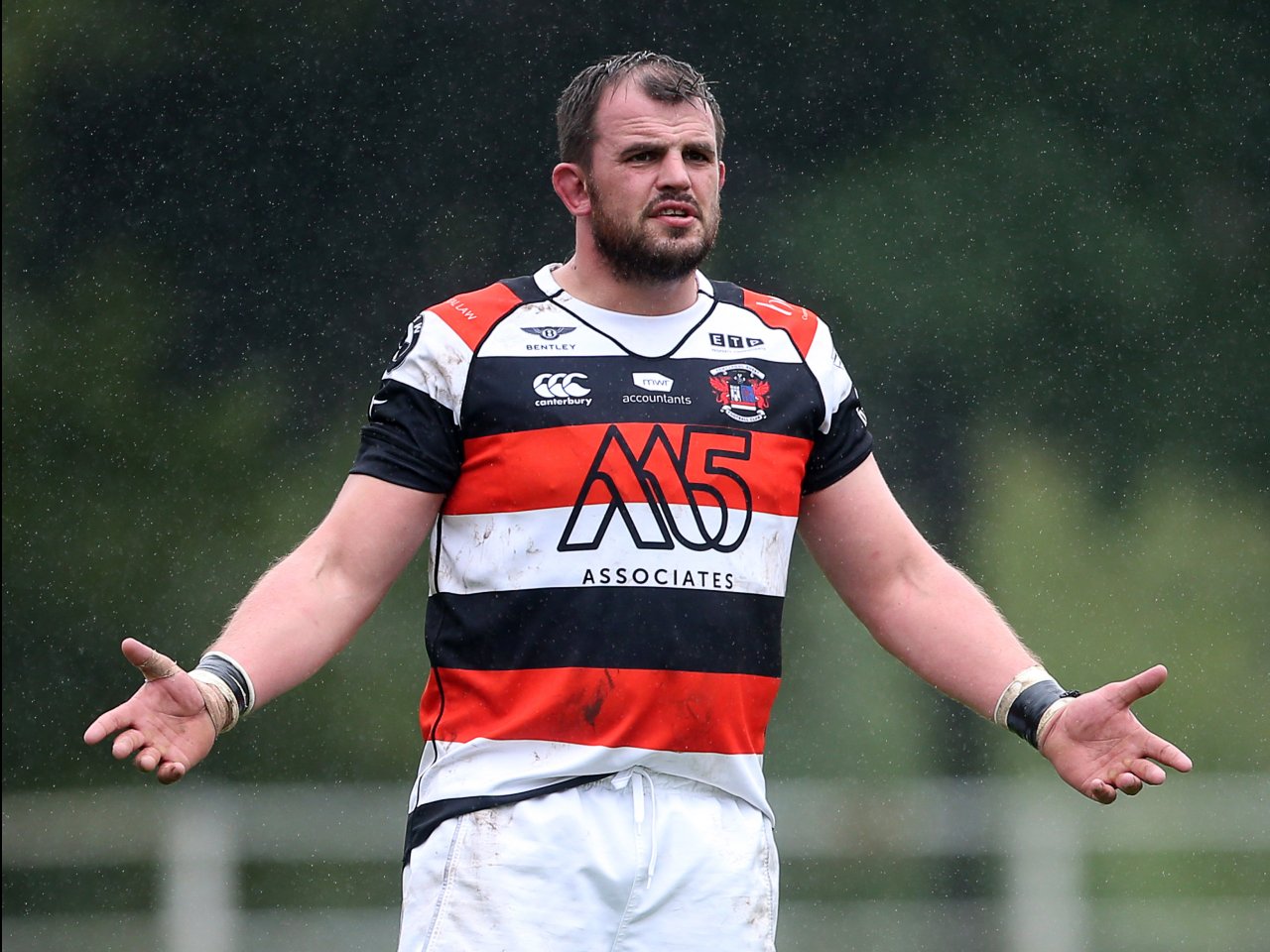 This WRU National Championship game against Narberth at Pontypool Park on Saturday was potentially one of Pontypool’s most difficult games of the season as both teams had won 5 out of 5 this season and Narberth were runners-up to Pontypool in the previous two seasons, writes Ray Ruddick. However Pontypool’s performance was from the top drawer as they swept aside the challenge of their nearest rivals in a quite outstanding display.

Narberth kicked off playing towards the scoreboard end of the ground on a wet afternoon although the rain stopped before kick-off and it brightened up somewhat in the second half. Pooler got the better of the early exchanges and it was the home XV who scored first. In the eleventh minute and after several attempts at a driving maul inside the Otters’ 22, Pooler eventually crossed the whitewash with a try by captain and flanker Rob Nash which was converted by outside half Matthew Jones (7-0). Four minutes later Narberth were guilty of not releasing, 30 metres from their goal line to the right of the posts and Matthew Jones extended Pooler’s lead with a successful shot at goal (10-0). In the 19th minute Narberth hit back with a try by flanker Andrew Cook having received an inside pass to score 15 metres in from the right corner. The conversion attempt was hooked (10-5).

Five minutes later Pooler created a well-worked try with the ball given some air by the backs and home full back Geraint Walsh burst through at pace and offloaded to right wing Lloyd Lewis who crossed for a try wide out on the left. Matthew Jones kicked a fine conversion (17-5). With five minutes plus injury time to go in the first half, Pontypool were penalised for entering a ruck from the side on the half way line to the left of the posts and Narberth’s attempt at goal went wide. In the fourth minute of added time Pooler were penalised for back chatting the referee and visiting outside half Ianto Griffiths kicked the goal to make the half time score Pontypool 17 Narberth 8.

Within the first two minutes of the second period, Pooler won the ball inside the Otters’ 22 and went right. Left wing Jordan Thomas received an inside pass which broke the visitors’ defence and he scored a try under the posts. Matthew Jones added the extras (24-8). Four minutes later Pooler were awarded a penalty near Narberth’s 22. The home side kicked for the right corner. Second row Danny Hodge won the lineout and from the powerful driving maul, Rob Nash scored his second try of the afternoon. The conversion failed (29-8). In the 53rd minute from a steady Pooler scrum in Narberth’s 22, Matthew Jones made a lovely inside pass to Lloyd Lewis and the young winger crossed under the posts for his second try of the game. Matthew Jones added the two points (36-8). Then Pontypool made a couple of replacements with Martin Luckwell making way for Aaron Quick at scrum half and Scott Matthews replacing flanker Mike Herbert.

On the hour mark, with Pontypool again inside Narberth’s 22, Pooler scored again.Full back Geraint Walsh came into the line at pace and scored a try to the left of the posts.Matthew Jones converted (43-8).In the 63rd minute Alex Watkins was replaced by Ben Parry in the middle of the Pooler front row.Two minutes later Pooler ran the ball from inside their half.Matthew Jones passed the ball to Clayton Gullis on the half way line and the centre ran 50 metres down the right flank and powered his way over for a try in the corner.The conversion failed (48-8).Matthew Jones then left the field in much pain with a nasty-looking injury to his left thumb.He was replaced by Lewis Prothero who went on the right wing.Jordan Thomas moved to centre and Kieran Meek to outside half.In the 76th minute the impressive Ollie Drake made way for Richard Nash at tight head prop.Then Aaron Coundley, who put in an excellent shift, was replaced by the returning Alex Watkins.Two minutes into injury time at the end of the match, Pooler won turnover ball inside their 22, moved the ball quickly right.Lloyd Lewis got the ball between his 22 and 10-metre line and sprinted fully 70 metres to score his try hat trick in the corner.Kieran Meek kicked the conversion.Final score – Pontypool 55 Narberth 8.

This was a superb all-round effort by Pontypool and one of their best showings in recent seasons. It was a day when the team clicked and it was pleasure to watch. Pooler’s discipline, which had caused concern in previous matches, was much better, so well done to all concerned. To score over 50 points and eight tries against Narberth is quite an achievement, and this win keeps Pooler at the top of the table.

For the next two Saturdays, Pontypool take to the road. Next Saturday they visit the Recreation Ground at Bedlinog to take on the Foxes and the following week (Saturday 20 October), Pooler make the long journey west to the pleasant surroundings of Dol Wiber, home of Newcastle Emlyn. Their next home game is against Championship new boys Maesteg Quins on Saturday 27 October. All games kick-off at 2.30pm.