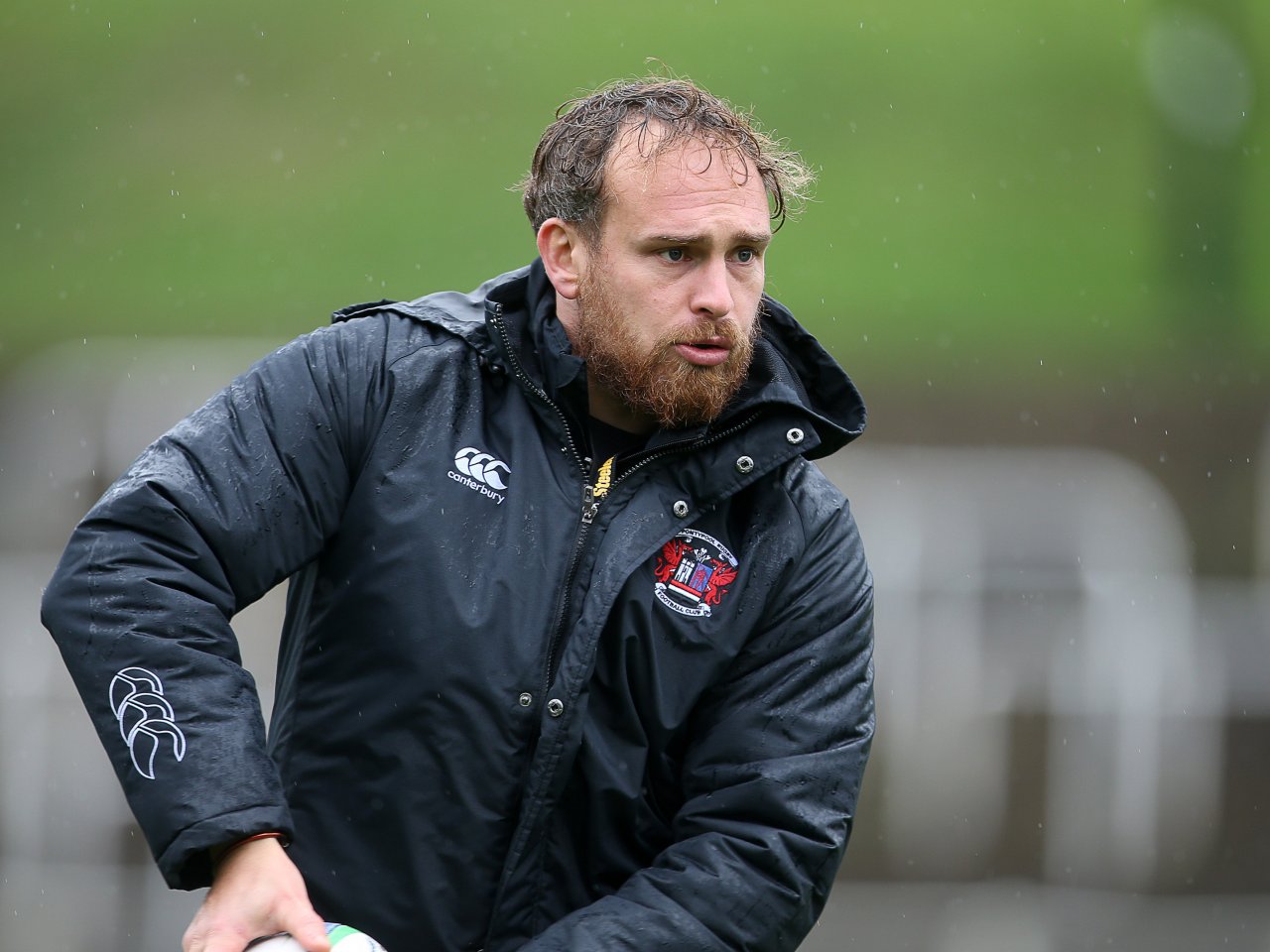 In their penultimate home game in the WRU National Championship, Pontypool welcomed Rhydyfelin in the twice postponed fixture, writes Ray Ruddick. It was originally postponed in January and rearranged for 6 April but that day Pooler were in action against Merthyr at Ebbw Vale in the semi-final of the WRU National Cup so the match was finally played under the Pontypool Park floodlights on a fine Wednesday evening. Pontypool’s starting pack had Alex Watkins, normally a hooker playing at loose head prop and Lewis Ball, also a hooker, playing at flanker and both played well in their unaccustomed positions.

Rhydyfelin kicked off playing towards the scoreboard end of the ground with Pontypool playing in their changed strip of blue jerseys. The early exchanges were even until the 15th minute when Pooler were on the attack inside Rhydyfelin’s 22. They tested the Rhydyfelin defence with several forward drives towards the visitors’ line and, eventually tight head prop Ollie Drake barged his way over for a try to the right of the posts. Outside half Matthew Lewis converted (7-0).

Ten minutes later the visitors responded as they put the Pontypool defence under pressure, so much so that the thrice WRU National Championship Champions were conceding penalty after penalty deep inside their 22 and eventually hooker Darren Hughes was sin-binned. Then in the 26th minute the extra man made a difference when flanker Kevin Briggs crossed for a try to the left of the posts which centre Ross Lucas converted (7-7).

In the seventh minute of injury time at the end of the first period the aforementioned Kevin Briggs and Pooler’s second row Danny Hodge were shown the yellow card for a skirmish inside the visitors’ 22. Half time score, in what was a scrappy encounter thus far, Pontypool 7 Rhydyfelin 7.

In the fourth minute of the second half Rhydyfelin were penalised for a deliberate knock on in midfield and Pooler kicked for the right touchline. From the ensuing lineout, the home side won off the top ball near Rhydyfelin’s 22. The ball reached Joel Mahoney on the burst and the young centre side-stepped the full back to score under the posts. Matthew Lewis converted (14-7). Three minutes later Pooler were on the attack again. Wing Marcus Jones took the ball at speed and went through a gap to score a try to the right of the posts. Once again Matthew Lewis added the extras (21-7).

In the 50th minute Danny Hodge was replaced by Ben Sparks who went straight into the Pooler second row. Soon after there was a lineout on Pontypool’s left between the visitors’ 10-metre line and 22. The ball went out to Matthew Lewis whose miss pass fooled the visiting defence and he put Joel Mahoney into space and he crossed under the posts for his second try of the game and his team’s bonus-point try. Matthew Lewis slotted his fourth conversion (28-7).

In the 53rd minute Rhydyfelin’s second row Marc Jones was guilty of a deliberate knock-on and was sin-binned. Six minutes later Pooler scrum half Aaron Quick was replaced by Martin Luckwell and skipper Rob Nash left the field and was replaced by winger Lloyd Lewis so Marcus Jones, who started on the wing, went to flanker and Lewis to his usual position of right wing. In the 63rd minute Rhydyfelin were penalised for a high tackle in midfield, 30 metres from their goal line. Pooler kicked for the left corner and from the driving maul, Marcus Jones, now in the pack, scored a try which Matthew Lewis improved (35-7). Ollie Drake then made way for Craig Price in the Pooler front row.

Six minutes later Matthew Lewis left the field and he was replaced by Rhodri Usher so some changes took place in the Pooler back division – Jordan Thomas went from wing to full back, Ceri Morris moved to outside half from centre, Rhodri Usher to left wing and Clayton Gullis moved up from full back to centre. Then with 6 minutes left of the match Marcus Jones made a break in midfield and passed to replacement Ben Sparks who off-loaded to the supporting Cameron Watson-Boycott and the young No 8 scored a try under the posts. Clayton Gullis converted. Final score – Pontypool 42 Rhydyfelin 7.

In what was a disappointing and frustrating first half, the second period was much better with Pontypool scoring some fine tries. This win takes Pooler to 101 league points for the season, passing the one hundred mark for the second consecutive season – a very high level of consistency.

Pontypool’s final match of the ‘normal’ league season will be on Saturday when they welcome Trebanos to Pontypool Park, kick-off 2.30pm. Then there will be the playoff against the 12th placed team in the Premiership in a one-off game at a neutral venue for the right to compete in the Premiership next season. As teams are still playing in the Premiership the opponents have yet to be finalised but it will be either Bedwas, Bridgend or Llanelli. The date and time have also not been announced yet.