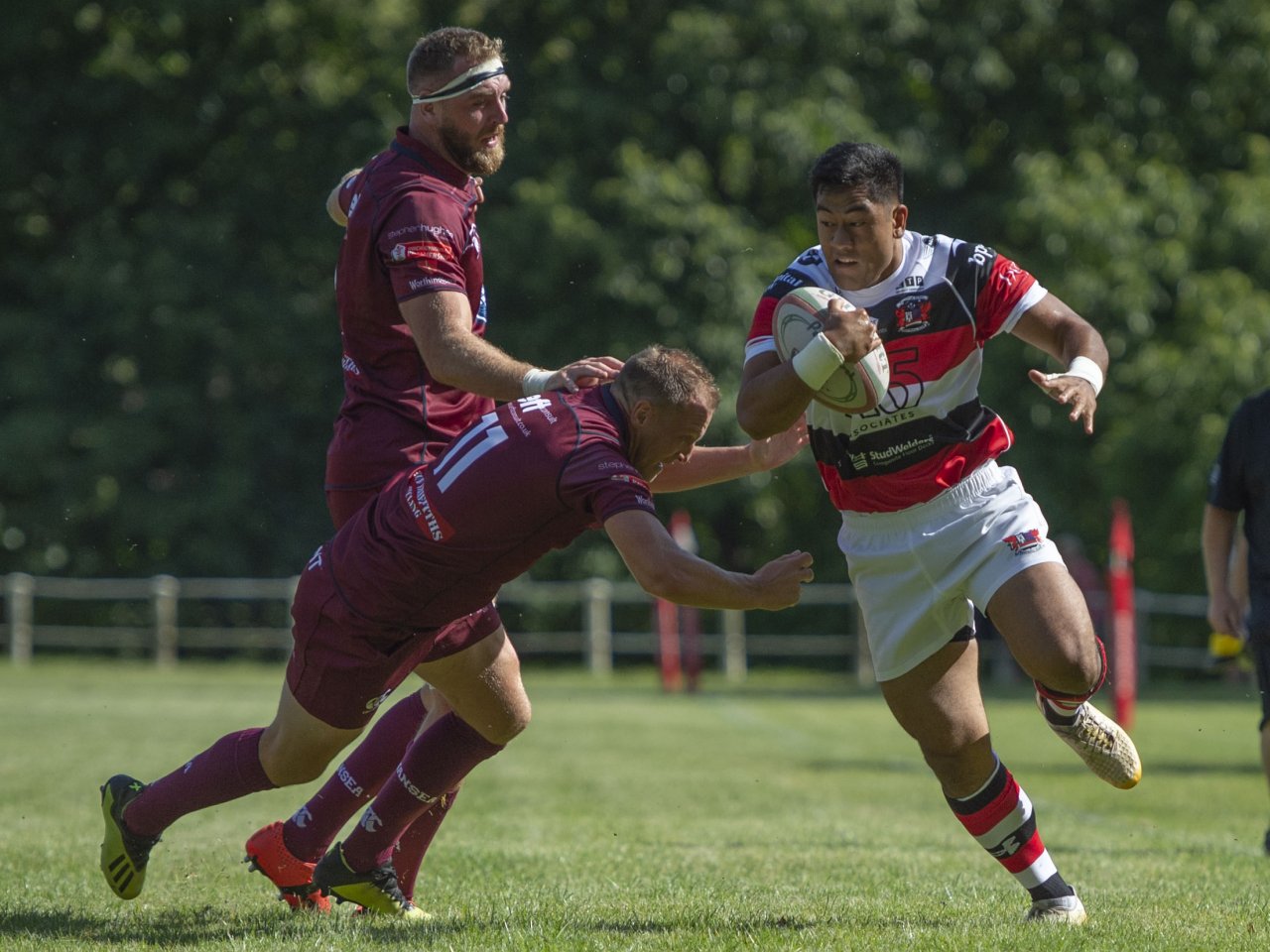 League rugby took a back seat on Saturday as the Specsavers WRU National Cup took centre stage with Pontypool welcoming traditional rivals Swansea of the Premiership to Pontypool Park for a first round tie, writes Ray Ruddick. It promised to be a mouth-watering cup clash and it didn’t disappoint with Pontypool running out deserved winners after a superb all-round display. This was the 150th meeting of these two old clubs, dating back to December 1907, and the tenth meeting in the WRU Cup competition. Pontypool have now seven Cup victories, including the 1983 final, to Swansea’s three.

Pontypool Park was bathed in sunshine on a very pleasant early autumn afternoon as Swansea kicked off attacking the scoreboard end of the ground. After a bright start by the home side, it was Swansea that took the lead in the tenth minute with a penalty goal by outside half James Davies after Pooler were penalised at a maul deep inside their 22 (0-3). Two minutes later Swansea were guilty of holding on near their 22 to the right of the posts, but the attempt at goal struck the near upright and the ball minored.

In the 16th minute Pooler were testing the Swansea defence and, after several drives towards the visitors’ goal line, Pooler captain Scott Matthews picked up from a ruck, twisted and dived over for a try to the left of the posts. Outside half Richard Powell added the extras (7-3). Eleven minutes later Pooler hooker Darren Hughes was yellow carded for an offence at a ruck inside Pooler’s 22. On the half hour mark hooker Lewis Ball came on for wing Jordan Thomas as a temporary replacement as Pooler needed front row cover due to the sin-binning of Darren Hughes. In the 39th minute Swansea retook the lead with a try by left wing Nathan Trowbridge in the left corner, taking advantage of their numerical advantage. This score was converted by James Davies. Half time score – Pontypool 7 Swansea 10.

In the second minute after the interval, Swansea were penalised for standing up in a scrum, just outside their 22, 15 metres in from Pooler’s right touchline. Up stepped Richard Powell to bring the scores level as he made no mistake with his shot at goal (10-10). Five minutes later Pooler made a couple of changes with second row Curtis Gregory making way for Ben Sparks and Aaron Coundley replaced Sam Cochrane at loose head prop. A couple of minutes later Pontypool’s attempted clearance kick out of their 22 struck one of the Swansea’ players’ boot. The ball went loose and wing Nathan Trowbridge just squeezed in the left corner for an unconverted try (10-15). Kieran Meek replaced Amosa Nove in the centre for the home side.

In the 52nd minute back came Pooler with a very powerful and well controlled 20-metre driving maul with Scott Matthews claiming his second try of the game. The conversion failed (15-15). In the 65th minute play was in Swansea’s 22 with Pooler on the attack. Scrum half Aaron Quick picked up from a ruck near the All Whites’ goal line and crossed for a try close to the posts. Richard Powell added the extras (22-15). In the act of scoring Quick took a knock and was replaced by Martin Luckwell. He had only been on the field for a matter of minutes as in the 69th minute he secured Pooler’s win with a try near the posts. Pooler won off-the-top ball by Adam Stratton at a lineout on their left just outside Swansea’s 22. Home number eight Ieuan Jones made a telling break in midfield and offloaded to replacement Kieran Meek who then gave the scoring pass to Luckwell. Richard Powell converted (29-15). Pontypool then made late replacements when Scott Evans replaced Craig Price at tight head prop, Adam Stratton made way to Rob Nash in the back row, Darren Hughes was replaced by Lewis Ball and Clayton Gullis came on for Richard Powell, with Kieran Meek going to outside half and Gullis to centre. Final score – Pontypool 29 Swansea 15.

This was an impressive performance by Pooler as forwards and backs alike outplayed their Premiership opponents, so Swansea is added to the list of Premiership clubs who have been defeated by Pooler in the Cup in recent seasons. Pontypool therefore progress to the second round of the competition which is due to be played on Saturday 9 November.

Pontypool return to league action this Saturday when they make the journey to Ynysydarren Ground to take on newly promoted Ystalyfera, kick off 2.30pm. The two teams have met only once when Pooler hosted Ystalyfera in the first round of the WRU Cup back in November 1977 – Pooler were runaway winners 86-6.