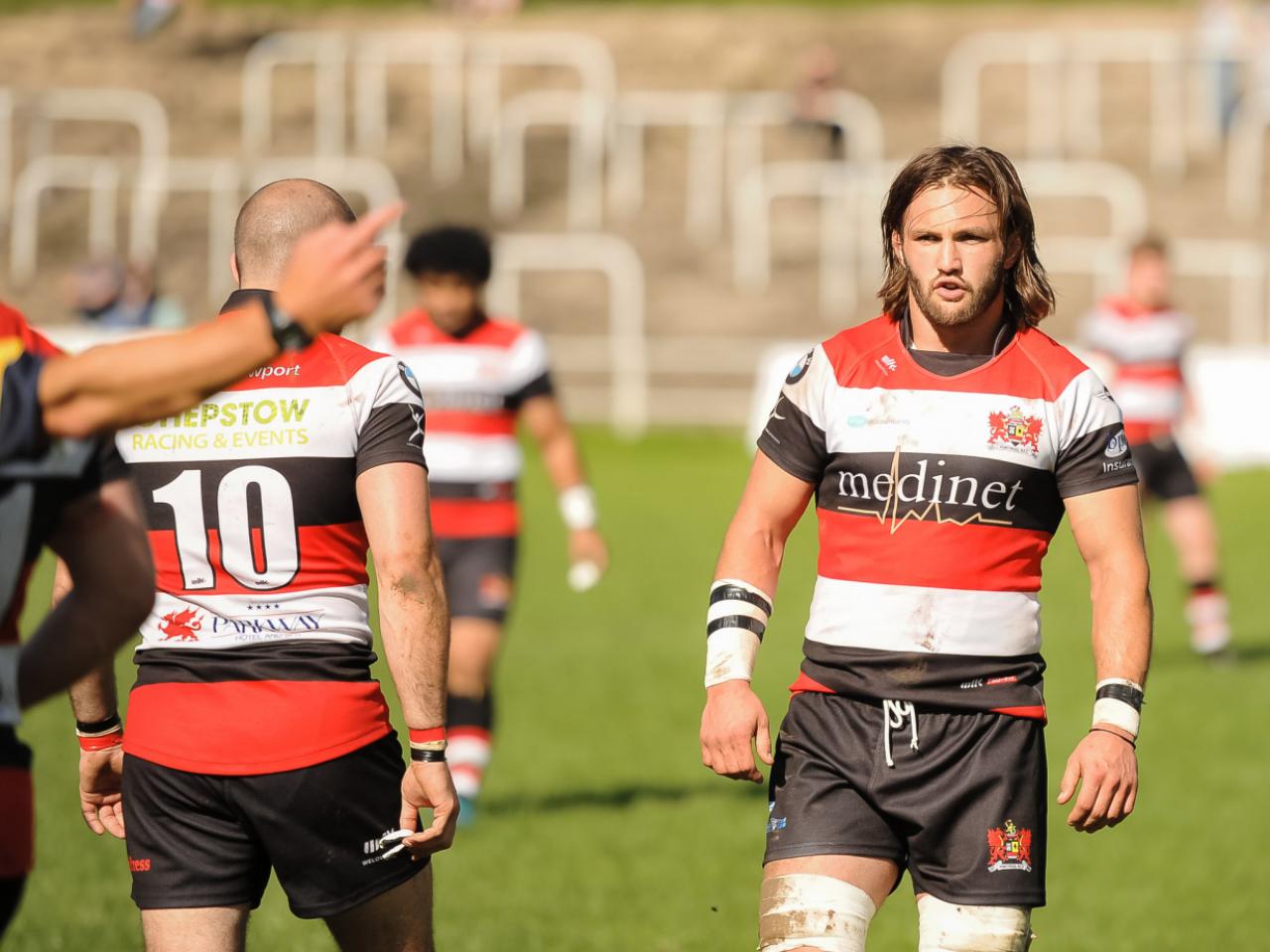 Pontypool travelled to Cyncoed looking to maintain their 100% away record in the SWALEC Championship against the students of Cardiff Met. Having won their first five away games in the league, Pooler made it six in a row with a seven-try demolition of their opponents.

Cardiff Met kicked off defending the scoreboard end of the ground. Both teams cancelled each other out in the early stages then after 13 minutes, Pooler went on the attack and the ball reached right wing Nathan Brooks who ran 30 metres into the home 22 and chipped ahead. The ball bounced loose over the students’ goal line and visiting centre Clayton Gullis dropped on the ball in the right corner to open the scoring. The conversion failed (5-0). Cardiff Met gathered the ball in their half and put in an “up and under” which landed near the Pooler 10 metre line. There was some hesitation by the Pooler players going for the ball and Met claimed it. The ball reached home right wing Ashley Taylor who went over for a try in the right corner. The conversion was missed (5-5).

Clayton Gullis made a great break, powering through several defenders, and took play into Met’s 22. The ball was recycled and centre Pat Lewis, celebrating his 18th birthday, crossed for a try to put the visitors back in front. This score was converted by Clayton Gullis (12-5). The visitors went back on the attack and won a penalty after a kick ahead by outside half Tom Hancock. Pooler elected to kick for the left corner and, from the resulting line-out and controlled drive, experience tight head prop Ryan Harford scored a try which Clayton Gullis converted (19-5). Once again Pontypool went on the offensive. From a scrum 5 near the right corner, the ball was spun left and several phases later No 8 Ben Sparks took the ball at pace and crossed for the bonus-point try just before the interval. Conversion was made by Clayton Gullis. Half time score Cardiff Met 5 Pontypool 26.

Three minutes into the second half and Tom Hancock made a good break from near the half way line which took play into Met’s 22. He fed the supporting Jamie Jeune and the loose head prop passed out to Pat Lewis who went in for a try on the right. The conversion failed (31-5). After 11 minutes, Pooler made some changes in personnel with Ryan Harford making way for Garin Harris and Dan Robinson replacing Pat Lewis. A minute later and Pooler’s defence was caught asleep and Cardiff Met scored a try under the posts by centre Chay Smith. Surprisingly the conversion was missed (31-10).

Midway through he second period, Pooler took play into their opponents’ 22. Dan Robinson made a half break and the ball eventually reached open side flanker Rob Nash who crossed in the right corner, converted by Clayton Gullis (38-10). Pooler made more changes – second row Lee Williams was replaced by debutant Jake Smith, scrum half Rhys Dyer made way for Sam Mills and loose head prop Jamie Edwards came on for hooker and captain Ben Parry with Jamie Jeune moving across to hooker to accommodate Edwards. Play reached the home 22 on the left after a break by Dan Robinson. The ball was moved right, through several pairs of hands, and reached back row forward Jordan Williams on the right flank who showed a fine turn of speed and darted inside to cross for the final try of the afternoon. Clayton Gullis added the extras to make the final score Cardiff Met 10 Pontypool 45.

This was a good overall display by Pontypool. The forwards got stronger as the game progressed and there were some good handling skills by the backs, several of whom made some telling breaks. All-in-all a very satisfying performance and Pooler stay third in the league table behind leaders Merthyr and Swansea. Next Saturday Pontypool will be on the road again, visiting Abernant Park to take on Glynneath, kick-off 2.30pm.