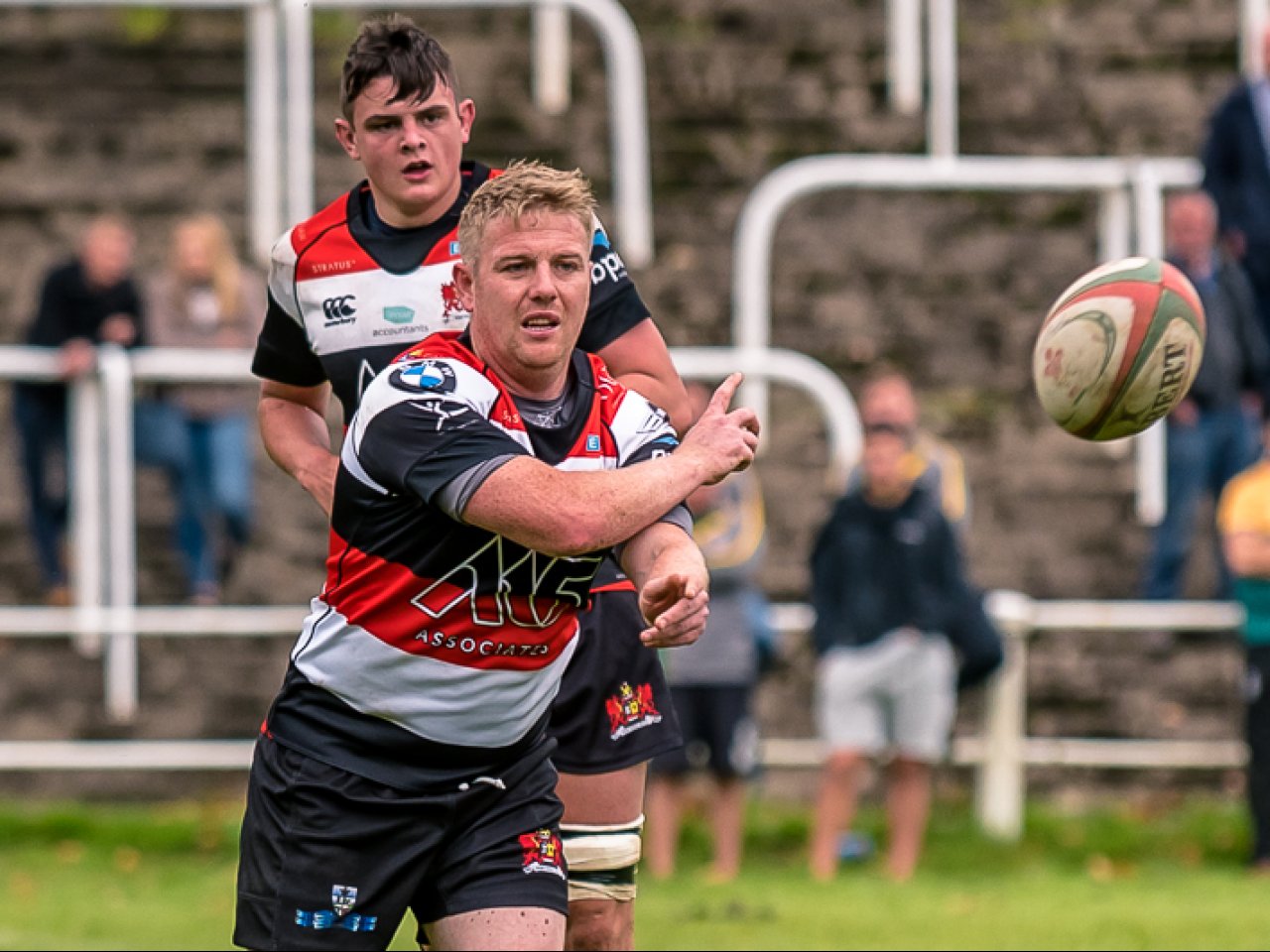 Pontypool were in good form against Cardiff Metropolitan University on a fine and dry Saturday afternoon at scenic Pontypool Park as they crossed the students’ line 12 times in a thumping win to maintain their 100% record and stay 15 points clear at the top of the WRU National Championship, writes Ray Ruddick. Cardiff Met were the only side to deservedly beat Pontypool in the league last season, so Pooler wanted to put that disappointing performance behind them and show how well they can perform.

Pontypool kicked off playing towards the bandstand end of the ground.In the 7th minute Pooler were on the attack in Met’s 22 and, after several phases, the ball went right, outside half Kieran Meek grubber kicked towards the right corner and wing Marc Thorley won the race to the touchdown. The conversion failed (5-0). Seven minutes later Pontypool were awarded a penalty for dropping the scrum inside Met’s 22.Pontypool kicked for the right corner and from the ensuing lineout, the pack drove their opponents over the goal line and hooker Jamie Jeune scored a try, 15 metres in from the corner.Kieran Meek kicked the conversion (12-0). Just before the midway point of the first half, home No 8 Cameron Watson-Boycott made a break which took play into the students’ 22. The ball was recycled and went right. Crisp passing by Kieran Meek and Clayton Gullis put centre Dan Robinson over for a try to the right of the posts.Kieran Meek added the extras (19-0).

In the 25th minute Cardiff Met were awarded a penalty inside Pooler’s 22 and kicked for the right corner. From the resulting driving maul replacement hooker Shawn Howard scored a try and outside half Andrew Nurse converted (19-7). Pontypool’s scrum was dominant and on the half-hour mark Met were penalised at a scrum inside their 22 and tight head prop Harri Dobbs was sin-binned. Pooler kicked for the right corner and Jamie Jeune crossed for his second try, and the team’s bonus-point try, following another driving lineout. The conversion attempt failed (24-7). In the 40th minute Pooler were, once again, awarded a penalty inside the students’ 22 and kicked for the left corner.Jamie Jeune completed is first half hat trick following another driving maul and touched down 5 metres in from the corner. Kieran Meek slotted a fine conversion. Half time score – Pontypool 31 Cardiff Metropolitan University 7.

In the sixth minute of the second period, Cardiff Met were in possession but home full back Josh Malson, who was making his league debut for the club, intercepted a pass between Met’s 22 and 10-metre line and was tackled just short of the goal line but managed to get his pass to the supporting Clayton Gullis and the centre crossed for an unconverted try to the left of the posts (36-7). Five minutes later Pontypool backs created a good move which put Josh Malson in the clear and the young full back sprinted 30 metres to score an unconverted try, 5 metres in from the right corner (41-7). Pooler then made a couple of changes in the front row with Keegan Bale replacing Ollie Drake at tight head prop and loose head prop Aaron Coundley made way for Alex Watkins who went to hooker and Jamie Jeune moved across to loose head. Soon after, the scrums went uncontested. In the 56th minute home flanker Craig Attwell left the field with a cut head and he was replaced by Brendan Lampitt. Two minutes later a good break by the impressive Mike Herbert took play to within 10 metres of the visitors’ line. Keegan Bale picked up and drove over to score a try near the posts which Kieran Meek improved (48-7).

Just after the hour mark Pooler centre Dan Robinson made way for Tom Hancock who slotted in at outside half and Kieran Meek moved across to centre.In the 68th minute Marc Thorley picked up a loose ball inside Pooler’s half and made 40 metres. The ball went loose again and Kieran Meek kicked ahead and managed to touch the ball down before it went over the dead ball line and he converted his own try (55-7). Pooler then made another change with Aaron Quick replacing Martin Luckwell at scrum half. With just over 10 minutes remaining Pontypool were on the attack again. The ball went left then an inside pass to Jordan Thomas, who came off his wing, and scored a try under the posts. Kieran Meek slotted the easy conversion (62-7). Brendan Lampitt the left the field with a blood injury and back onto the field came Craig Attwell with his head heavily bandaged. In the 74th minute Jordan Thomas got the ball on Met’s 10-metre line and chipped ahead for wing Marc Thorley to score in the right corner. The conversion failed (67-7).To their credit, the students never gave up and deservedly scored a try wide out on the right by scrum half Owain Keane, converted by Andrew Nurse with a good kick (67-14). With the final move of the game, Pooler scored their 12th try by Mike Herbert who crossed near the posts and Kieran Meek kicked his seventh conversion of the afternoon .Final score – Pontypool 74 Cardiff Metropolitan University 14.

This was a very good all-round performance by the league leaders. The pack went well with some powerful driving mauls and dominant at the scrums before passive scrums were introduced midway through he second half. The backs looked sharp, incisive at times and defended well when needed.

Next Saturday Pontypool make the long trip west to picturesque Dol Wiber to take on Newcastle Emlyn, kick-off 2.30pm. The scheduled away league match at Rhydyfelin on Saturday 11 November 2017 has been postponed and will now take place on Saturday 14 April 2018. Pooler’s next home game is a friendly against a Torfaen XV on Friday 24 November 2017 with kick-off at 7.15pm. The next home league match is on Saturday 9 December 2017 when Trebanos will make their first-ever visit to Pontypool Park, kick-off 2.30pm.