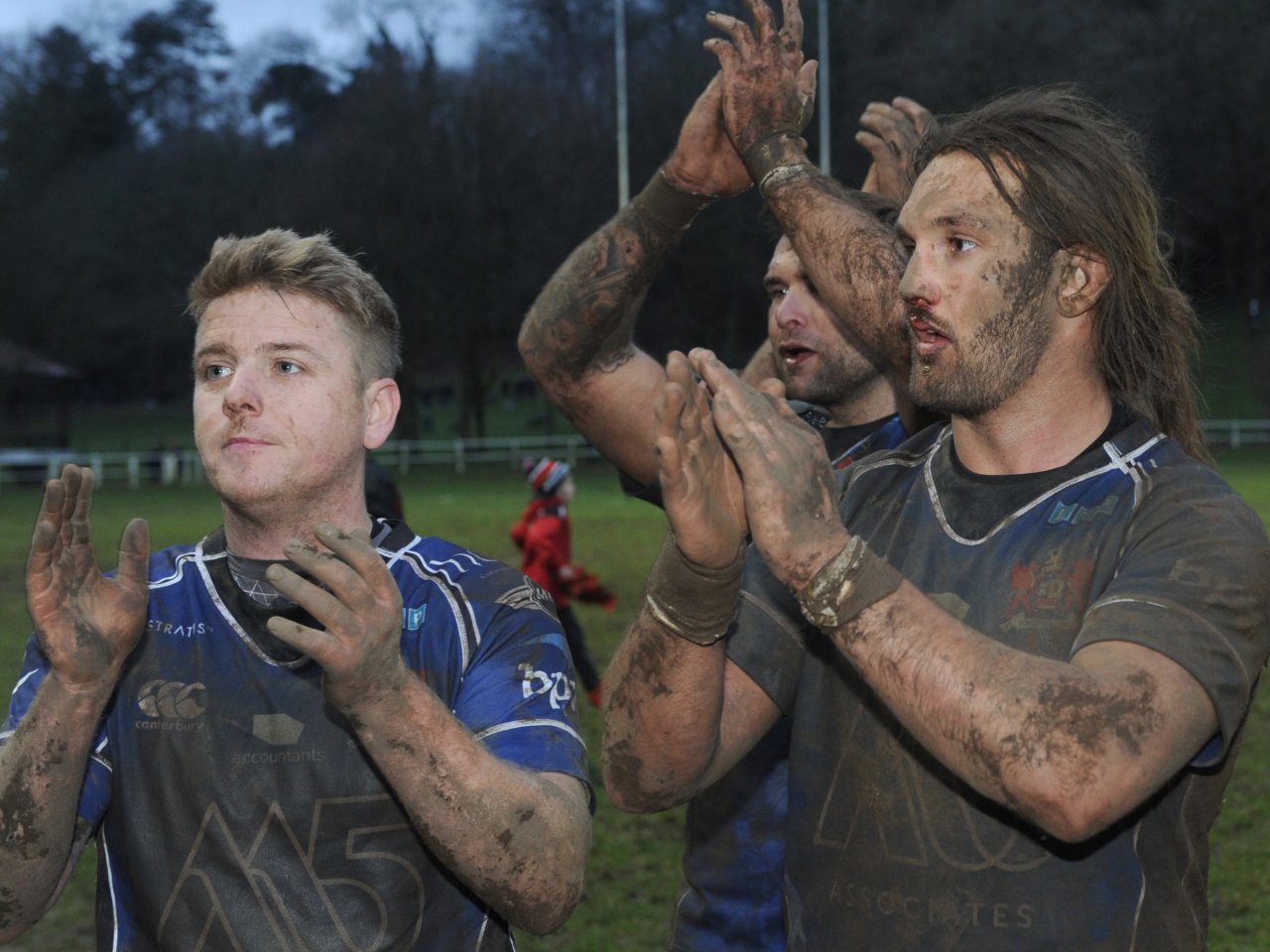 It was the meeting of top of the Premiership and top of the Championship in the re-arranged quarter final of the WRU National Cup at The Wern Sports Park, on a cold Tuesday evening and in front of a sizeable crowd, with Merthyr thoroughly deserving their 21-6 victory over valiant Pontypool, writes Ray Ruddick. The match was due to take place on Saturday 3 March but was postponed due to heavy snow.

The Pontypool pack stood up well against their bigger opponents however, the Merthyr backs made the difference as they looked fast, strong and skilful. Indiscipline cost Pooler as they received three yellow cards – one at the end of the first half and two in the second, as well as conceding a string of penalties.

Merthyr kicked off attacking the scoreboard end of the ground. In the second minute Pontypool were penalised at a scrum 35 metres from their goal line to the left of the posts and home full back Matthew Jarvis opened the scoring with a successful shot at goal (0-3). Three minutes later The Ironmen secured off the top ball from a lineout on their right near their opponents 22. The ball went left, Merthyr broke through Pooler’s defence and centre Aaron Pinches crossed for a try in the left corner. Matthew Jarvis added the extras with a fine conversion from wide out (0-10). In the 12th minute Merthyr were guilty of side entry to a ruck just outside their 22 on Pooler’s left but the attempt at goal failed.

Half way through the first period the home side was guilty of a late tackle, 40 metres from their goal line in midfield so up stepped visiting outside half Matthew Jones who kicked Pontypool’s first points of the evening (3-10). In the 23rd minute Pooler were caught offside 35 metres from their line in midfield and Matthew Jarvis slotted the kick at goal to regain Merthyr’s 10-point advantage (3-13). Fourteen minutes later Pontypool were on the attack deep inside The Ironmen’s 22 with some powerful forward drives and forced Merthyr into giving away a penalty near the posts. Matthew Jones kicked the relatively easy goal to take the visitors to within a converted try of their hosts (6-13). In stoppage time at the end of the first half Merthyr replacement wing Richard Carter and Pontypool’s full back Clayton Gullis were yellow-carded for a scuffle near Pooler’s 22. Half time score – Merthyr 13 Pontypool 6.

Seven minutes into the second half Pooler No 8 Ben Sparks was sin-binned for an offence near the Pontypool goal line. Merthyr kicked for touch and from the ensuing lineout, hooker Rhys Williams profited from his pack’s drive, scoring an unconverted try near the left corner (6-18). In the 54th minute Pooler made their first change when Aaron Quick came on for Martin Luckwell at scrum half. Three minutes later the visitors were caught offside just outside their 22 in front of the posts and Matthew Jarvis kicked his third penalty of the evening (6-21).

Fifteen minutes from time Brendan Lampitt was replaced by Craig Attwell at blind side flanker for Pontypool. Two minutes later Pooler were penalised for holding on in midfield on their 10-metre line but the attempt at goal went wide. In the 72nd minute Pontypool made further replacements when hooker Ben Parry made way for Lewis Ball and Mike Herbert took over from captain Rob Nash, who had a good game, and with five minutes remaining Owen Williams replaced Lewis Prothero on the right wing. In the 77th minute Mike Herbert, who had only been on the field for five minutes, saw yellow for a tip tackle inside Merthyr’s half. A couple of minutes later home captain and second row Craig Locke was also sin-binned. Pooler’s final replacements were Josh Reynolds came on for loose head prop Aaron Coundley, tight head prop Ollie Drake made way for Craig Price and Richard East took over from second row Jordan Williams. Just before the final whistle, Pooler were penalised near the half way line but the attempt at goal went wide. Final score – Merthyr 21 Pontypool 6.

It was a battling display by Pontypool but Merthyr were too good and they march on to the WRU National Cup semi-finals. The Pooler players can hold their heads high as they never gave up and fought to the final whistle.

Pontypool can now concentrate on the league as they have an important game on Saturday when they travel to Cyncoed to take on Cardiff Metropolitan University, kick-off 2.30pm. Pooler will retain the WRU National Championship title if they overcome the students and will stretch their winning league run to 17 matches this season.