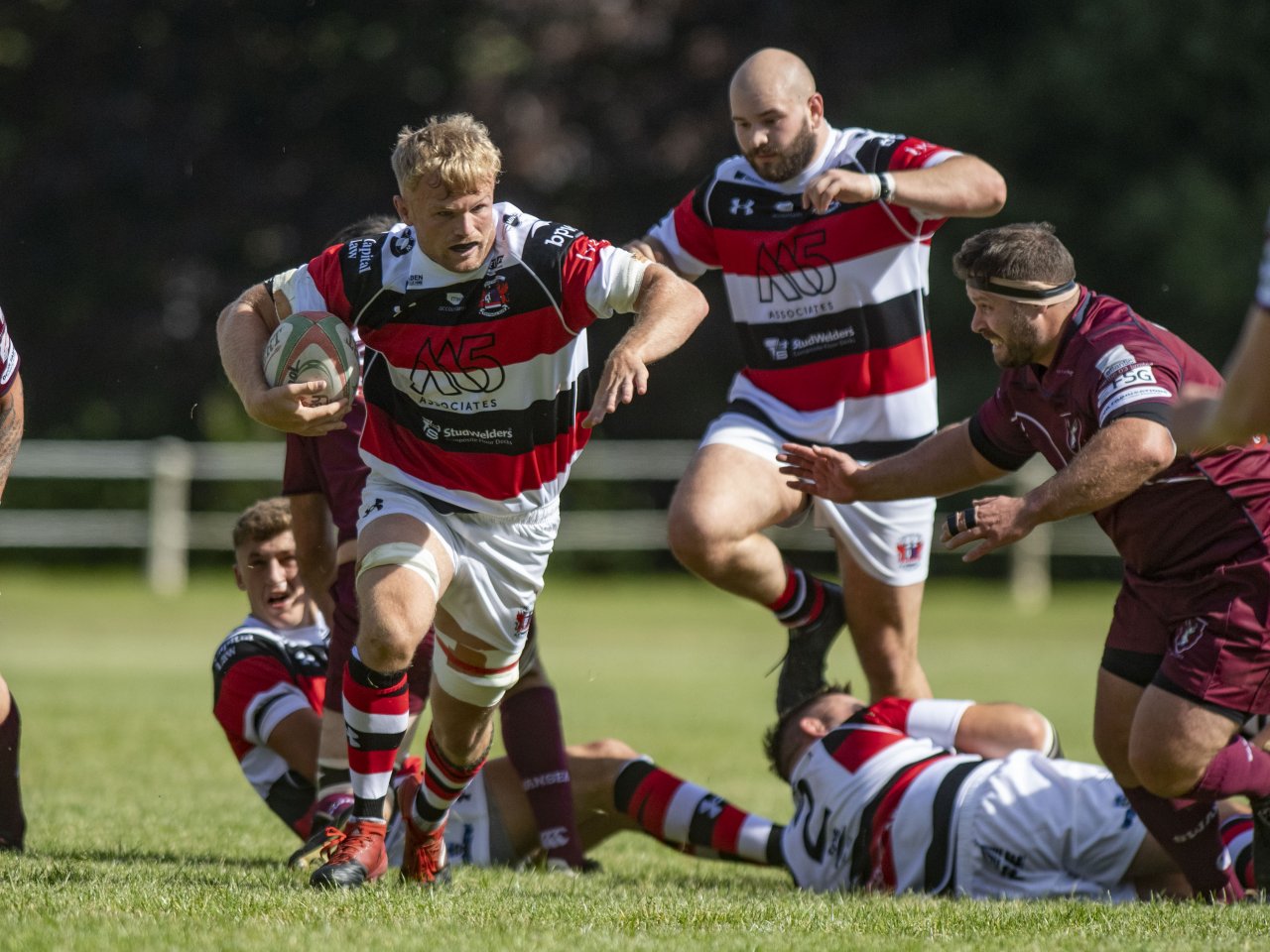 The previous Saturday Pontypool played hosts to the students of Cardiff Metropolitan University in a second round tie in the Specsavers WRU National Cup and seven days later Pooler faced the same opposition but in a different competition and different venue, writes Ray Ruddick. League rugby resumed as Pontypool made the trip to Cyncoed for a Specsavers WRU National Championship match and came away with another bonus-point victory, although it was too close to call at half-time. This was Pontypool’s 750th league game and full back Clayton Gullis made his 150th league and cup appearance for the club.

Cardiff Met kicked off defending the scoreboard end of the ground on a fine and dry afternoon. Cardiff Met struck the first blow as, in the seventh minute, they created a well-constructed try with the ball travelling through several pairs of hands before scrum half Ethan McVeigh crossed in the right corner. Outside half Evan Lloyd converted (0-7). Four minutes later Pooler responded with a lovely break on the burst from no 8 Ieuan Jones which took play into Met’s 22. The ball was recycled and play went left for wing Jordan Thomas to squeeze in the corner for a try which was converted by centre Kieran Meek with a fine kick (7-7).

Midway through the first half, Pontypool went on the attack inside the home 22. Play went left to Kieran Meek who managed to break through a couple of tackles and scored a try under the posts. He duly converted (14-7). In the 32nd minute Pontypool were penalised for a late tackle near the half way line on Met’s right and Evan Lloyd slotted a good kick (14-10). In the first minute of injury time Pooler were again penalised, this time for taking out a player just outside Pooler’s 22 in midfield. Evan Lloyd kicked the penalty to reduce the visitors’ lead to just one point at the interval. Half-time – Cardiff Metropolitan University 13 Pontypool 14.

In the second minute of the second half Pontypool were guilty of kicking the ball out of a ruck, 5 metres in from touch on Met’s left on Pooler’s 22 but the attempt at goal went wide. Two minutes later and Pontypool were penalised again on the half way line in midfield and, once again, the goal attempt failed. However, in the 46th minute Pontypool responded when Jordan Thomas tackled a Met player inside the students’ 22 and ripped the ball off him, which resulted in a try by hooker Lewis Ball to the left of the posts. This score was converted by Kieran Meek (21-13). Then, two minutes later, visiting skipper Scott Matthews made a great break in midfield from inside his half. He offloaded to Owain Leonard, and the scrum half sprinted 40 metres to score Pontypool’s bonus-point try near the right corner. Again Kieran Meek converted (28-13).

In the 54th minute Pooler made some changes with Aaron Coundley taking over from Sam Cochrane at loose head prop, Owain Leonard made way for Aaron Quick at scrum half and second row Ben Sparks was replaced by Curtis Gregory. Four minutes later outside half Matthew Lewis took a knock and was replaced by Pat Lewis with Lewis going into the centre and Kieran Meek moving across to outside half. In the 65th minute scrums went uncontested due to injuries to the Cardiff Met front row with Pooler having a scrum five to the right of the students’ posts. The ball went left and Lloyd Lewis came off the right wing to take the ball at speed and crossed for a try near the posts. Kieran Meek converted (35-13).

In the 71st minute Pontypool scored their sixth try of the afternoon through Lloyd Lewis after a Pooler turnover in midfield near Met’s 22. The conversion failed (40-13). Pooler made their last substitution when no 8 Ieuan Jones then left the field as he was replaced by Craig Price who went to hooker and regular hooker Lewis Ball went into the back row. With five minutes left on the clock the ball went loose in midfield and was gathered by Pontypool. Lively flanker Adam Stratton got the ball and he galloped fully 40 metres to score a try under the posts. Kieran Meek slotted his sixth conversion out of seven attempts. Final score – Cardiff Metropolitan University 13 Pontypool 47.

This was a tough match for Pontypool and there was nothing to choose between the sides at the interval as the students were difficult to break down and dangerous with ball in hand. However, Pooler went up a gear in the second period and scored 33 unanswered points, including five tries, to record their eighth bonus-point victory in as many matches and stay three points clear of Bargoed at the top of the league table. Next Saturday Pontypool welcome Maesteg Harlequins to Pontypool Park in another league encounter, kick-off 2.30pm.