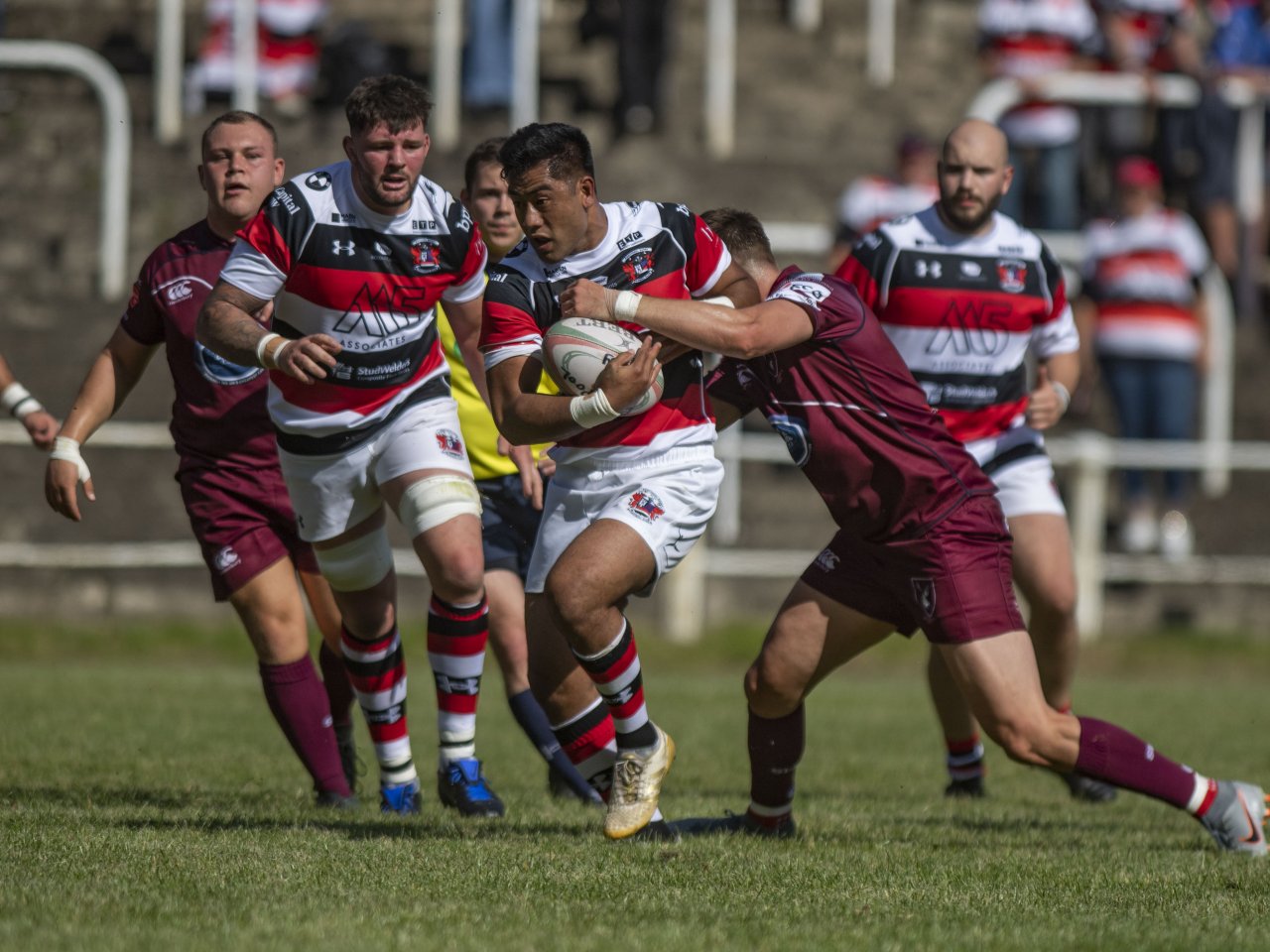 Firstly, many thanks and well done to all the Pontypool RFC volunteers who were at Pontypool Park on Saturday morning and early afternoon working on the pitch to make it playable and get the game on, after the heavy rainfall over the previous 24 hours or so, writes Ray Ruddick. I am sure that everyone from both clubs are most grateful for your efforts.

Pontypool welcomed Maesteg Harlequins on a very wet, dull and miserable afternoon with rain falling during the match. Despite the very poor playing conditions, Pooler managed to maintain their perfect record with their ninth straight bonus-point win, in a disappointing, scrappy and frustrating game. It was ill-tempered at times and the referee showed the yellow card on no fewer than six occasions – two Pooler players and four from Quins.

Pontypool kicked off attacking the scoreboard end of the field in their changed strip of light and dark blue jerseys. In the seventh minute there was a long throw at a lineout near Quins’ 22 on Pooler’s left. The ball was gathered by home outside half Kieran Meek who made ground and was tackled just before the visitors’ goal line. He managed to get the ball away to the supporting Lewis Ball and the hooker crashed over for a try near the posts. Meek converted (7-0). Four minutes later Pooler were penalised for dropping a scrum 40 metres from their goal line in midfield but the attempt at goal went wide. In the 17th minute Kieran Meek made a break inside Quins’ half and offloaded to his half back partner Aaron Quick who put in a cross kick towards the left corner. Full back Jake Morgan was first to the ball, kicked ahead and gathered to score a try which was converted by Kieran Meek (14-0).

In the 23rd minute Pooler flanker Adam Stratton was yellow carded for use of the shoulder. Two minutes later Quins flanker Lewis Tutt was sin-binned for taking a player out without the ball. Then in the 28th minute Maesteg Quins tight head prop Kieran Griffiths and Pooler’s Lewis Ball saw yellow for a skirmish. On the half hour Pooler scored a superb team try with the ball going through several pairs of hands – good handling in awful conditions. The move ended with centre Clayton Gullis managing to get his pass away before being tackled to Jake Morgan who crossed for his second try of the afternoon on Pooler’s right. The conversion failed (19-0).

In the 34th minute tight head prop Scott Evans temporary replaced no 8 Ben Sparks due to the sin-binning of hooker Lewis Ball, and Craig Price, who started at tight head, went to hooker. Five minutes later Pooler were on the attack inside Quins 22. Scrum half Aaron Quick picked up, turned and fed right wing Duan Thomas, making his league debut, and he crossed for Pooler’s bonus-point try to the right of the posts. Kieran Meek added the extras. Half time score – Pontypool 26 Maesteg Harlequins 0.

With the playing conditions deteriorating throughout the second half, it made it difficult for both sides to get any pattern to their play. In the 54th minute Quins’ hooker and captain Jay Ronan was yellow carded for an offence at a ruck near the visitors’ line. There minutes later Pooler made five changes with Clayton Gullis, Aaron Quick, Craig Price, Ben Sparks and loose head prop Aaron Coundley all leaving the field and were replaced by Ceri Morris, Owain Leonard, Scott Evans, Craig Attwell and Sam Cochrane respectively.

In the 68th minute Lewis Ball took a knock and was replaced by the returning Craig Price. Less than a minute later no 8 Mike Owen was the fourth player from the Llynfi Valley side to see yellow. Then with just under 10 minutes to go, Pooler finally broke the deadlock in the second period after putting the visiting defence under some pressure inside their 22. Play was on Pooler’s right, the ball went left and reached replacement prop Scott Evans who bulldozed his way over the line, 15 metres in from the left corner. Kieran Meek added the extras. Final score – Pontypool 33 Maesteg Harlequins 0.

Well done to Pontypool for their deserved win despite not being at their best. The hard work in the first half and a sizeable lead at the interval, laid the foundations for the victory. Next Saturday Pontypool are away to Brynmawr at the Recreation Ground in the Ben Francis Cup. It is an earlier than normal kick-off of 12.30pm due to the Wales v Barbarians clash at the Principality Stadium.