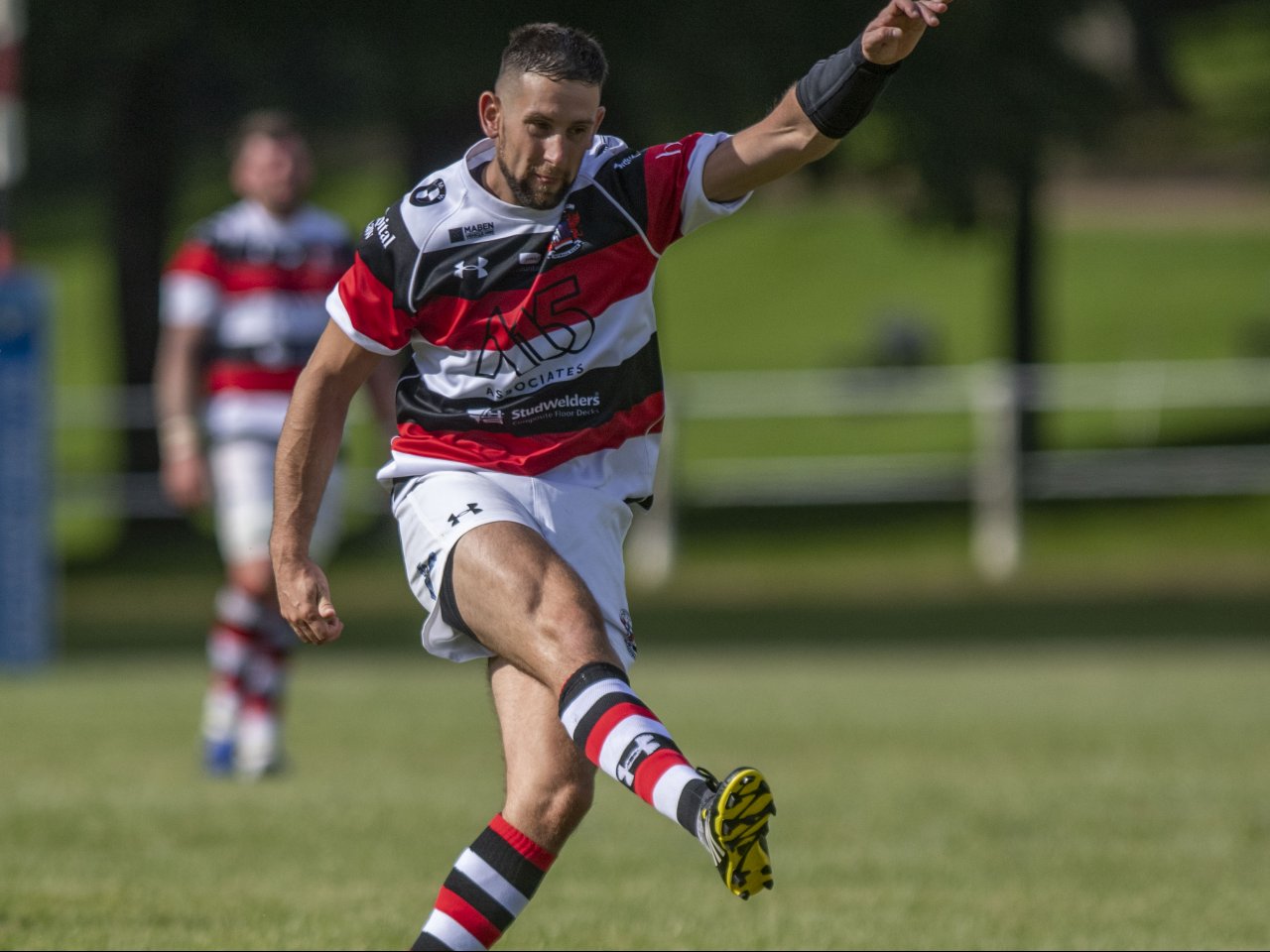 Pooler far too good for Keys in local derby thrashing

Pontypool visited Pandy Park on Saturday on a damp and gloomy afternoon and came away with a thumping victory, outscoring their hosts by eight tries to nil in the Specsavers WRU National Championship, writes Ray Ruddick. Pontypool were in no mood to be charitable over this Christmas period as they recorded their biggest-ever victory over traditional rivals Cross Keys at Pandy Park, along with scoring the most points and the most tries. In securing this bonus-point win, Pooler have now gone two consecutive calendar years without losing a league game, and their 59th successive victory – great consistency.

Cross Keys kicked off attacking the clubhouse end of the ground. In the 11th minute Keys were penalised for standing up in a scrum 30 metres from their goal line in midfield and Pooler centre Kieran Meek slotted his shot at goal (3-0). Two minutes later play was in Pontypool’s 22 and visiting outside half Richard Powell kicked towards the left touchline for wing Amose Nove to chase. He gathered and several passes later centre Pat Lewis scored a cracking try to the left of the posts. The conversion attempt failed (8-0).

In the 24th minute Pooler were penalised for side entry into a ruck near their 22 on Keys’ right but the attempt at goal went wide. However, seven minutes later, Cross Keys got on the scoreboard after Pooler were guilty of an offence at a maul in midfield, 35 metres from the visitors’ goal line and home outside half Kieran Hill slotted his kick at goal to reduce Pooler’s lead to five points (8-3). This was as close as it got for Cross Keys.

In the 34th minute Cross Keys were caught offside in front of their posts near the 22 and Kieran Meek kicked the penalty (11-3). Three minutes later Pontypool were on the attack inside Keys’ 22. The ball was moved left and Kieran Meek kicked to the left corner. Amosa Nove gathered the ball and scored his first try for the club near the left corner. The conversion failed (16-3). In the first minute of time added on at the end of the first period, Cross Keys were on the attacked inside Pooler’s 22. However, a pass was intercepted by Amosa Nove and the young winger sprinted 80 metres to score a try under the posts. Kieran Meek added the extras. Half time score – Cross Keys 3 Pontypool 23.

In the sixth minute of the second period Pooler scored their bonus-point try through scrum half Aaron Quick near the posts after some excellent handling and passing. Kieran Meek converted (30-3). In the 57th minute Pooler were on the offensive and were awarded a penalty. They kicked to the right corner and from the driving lineout, no 8 Ieuan Jones stretched and managed to ground the ball to score an unconverted try 15 metres in from the corner (35-3). Pooler then made a couple of changes with Lewis Ball taking over from Darren Hughes at hooker and wing Duan Thomas made way for Joel Mahoney who went into the centre and Pat Lewis onto the right wing.

On the hour mark Pontypool were putting their hosts under pressure inside the home 22 and, from a charge down near the Keys’ goal line, Lewis Ball pounced on the ball and scored a try 15 metres in from the left corner. Outside half Richard Powell slotted the conversion (42-3). Pooler made a further three replacements – Adam Stratton came on for Ieuan Jones, Martin Luckwell replaced Aaron Quick and Craig Price took over from Scott Evans at tight head prop.

In the 68th minute Cross Keys’ right wing Adam Tetley was sin-binned for a deliberate knock-on. Six minutes later Pooler loose head prop Aaron Coundley and Cross Keys replacement prop Scott Hoskins were yellow-carded for a skirmish following a collapsed scrum and, as a result the scrums went uncontested. In the 80th minute Pooler were again on the attack and, after some good inter-passing, Mike Herbert scored a try under the posts. Kieran Meek converted (49-3). Then, in the third minute of injury time Pooler scored their eighth and final try of the game through Adam Stratton. The conversion was missed. Final score – Cross Keys 3 Pontypool 54.

This was a very good performance by Pooler with some slick handling, good interplay, a solid defence and they scored some impressive tries. With Bargoed gaining a bonus-point home win over Bedwas, it puts Pooler eleven points ahead of their Rhymney Valley rivals but have played a game more. Next Saturday Pontypool are on the road again with a trip to Mount Pleasant Park, to take on Beddau in another league encounter, kick-off 2.30pm.